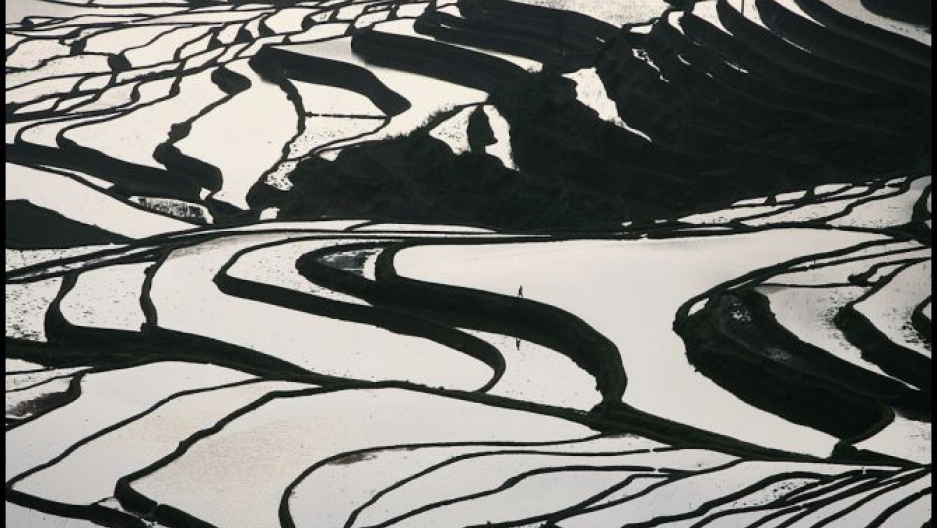 Still, the point is rice in one place affects millions. In Indonesia, Suharto coaxed a people into growing the grain and changed a culture. In India, the genetically modified golden rice could save millions of lives and, yet, may never get into the ground. Rice 2.0 is GlobalPost's look at a tiny grain with a giant footprint.

BEIJING, China — Xu Limin goes out of her way to make sure the rice she buys wasn’t grown in southern China.

“I’m not too picky about every single food item, but rice is the most important thing, so I want the cleanest,” said Xu, a 28-year-old office worker in Beijing, chatting as she shopped for groceries in an organic supermarket.

On a scale of China’s food safety issues, pollution-tainted rice might just be the biggest problem of all. Rice is the country’s national staple, a grain deeply intertwined with history, culture and all things Chinese.

Though rice farming is on the decline as the country grows wealthier and more urban, China still produces almost one-third of the world’s rice. It is also the No. 1 consumer of rice.

So when reports came out earlier this year indicating that up to 10 percent of China’s domestically grown rice, and a total of 12 million tons of all grains, might be contaminated by heavy metals in polluted soil, consumers were understandably worried.

Many, like Xu, said they heard rumors about tainted rice for years. Xu says she wasn’t shocked by the reports, but they did confirm her suspicions and make her more willing to search for specific, potentially more expensive rice.

Of course, as with most other foods in China, it’s almost impossible to tell for certain where something was grown and whether it might be contaminated with some sort of toxin.

“Rice from the north is shorter, denser and tastes a little earthier,” Xu said, elaborating on her own personal system for selecting rice.

The toxic rice reports gained traction in February, when Chinese media highlighted scientific studies showing that up to 10 percent of rice grown in China contained cadmium. The toxic heavy metal was presumably deposited onto southern China’s fertile farmlands through years of industrial waste and sewage disposal.

Chinese investigative magazines highlighted several cases in which whole villages were affected by tainted rice crops. In one village in Guangxi province, farmers described painful details of what sounded like cadmium poisoning, including severe bone and joint pains. Cadmium poisoning can also lead to kidney failure.

Public outcry over the tainted rice news died down fairly quickly, however, after the government promised substantive steps to fix the problem. Yet the broader health impacts remain unknown.

These days, the scientists at Nanjing Agricultural University who conducted the landmark rice study in 2008 refuse to talk about it any further, saying that the information has been released publicly and there is nothing to add.

Chinese food-safety experts say tainted rice is only the tip of the iceberg and points to wider problems in China’s food supply.

Guo Hongwei, a food and nutrition researcher at Shanghai’s Fudan University, said contaminated rice is a tricky topic to tackle because pollution levels are highest at the source, on farms, and it’s tough to tell what affect the rice might have on consumers at the end of the chain.

“You can't tell by vision and you can't even taste it,” said Fan. “It's up to food-safety agencies to take care of this. But items like cadmium are not always checked during regular monitoring, which makes it more dangerous since nobody is watching it.”

Rice’s position as the staple food for nearly two-thirds of China’s population means consumers can’t easily switch to something else when they fear a problem.

“It's hard to replace rice,” Fan added. “You could switch to another kind of fruit or fish if one type is reported to have been polluted. But you don't go far without eating rice.”