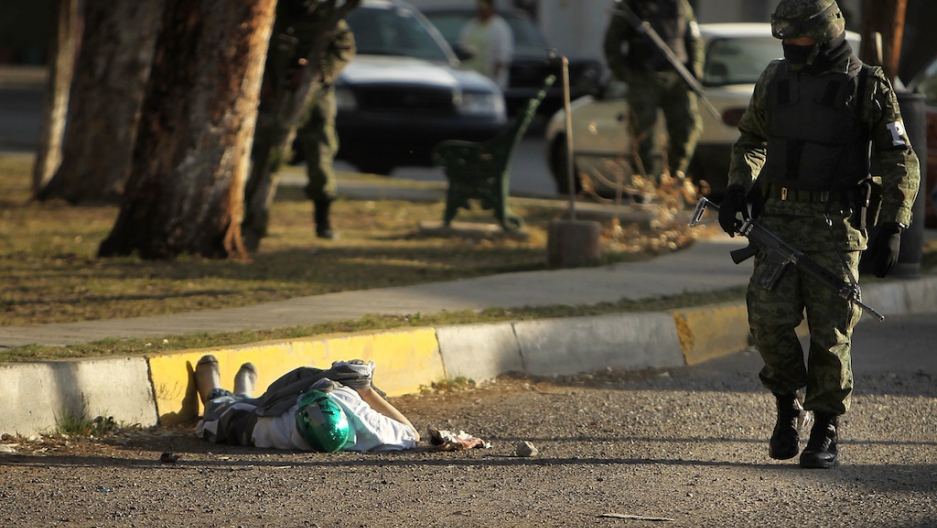 Illegal guns are behind most of the violent deaths in Mexico
Credit: Spencer Platt
Share

Seizures of large piles of guns have become worryingly common in Mexico.

But the Sunday bust in Michoacan state still made a news splash for the sheer size of the arsenal.

The guns included nine millimeter pistols and shot guns. Neither type of firearm is commonly used by drug cartels hitmen, who usually carry out drive by shootings with Kalashnikovs and AR15s.

The container had been delivered from a ship with a Turkish flag that was headed to Nicaragua and made a programmed stop at the Michoacan port, Lazaro Cardenas.

Mexican criminals buy tens of thousands guns from shops in the United States and smuggle them over the land border.

However, Sunday’s raid could indicate a new way of bringing large numbers of weapons into Mexico.

Mexico itself has very few gun shops and only allows a small number of citizens, usually former military personnel, to carry firearms.