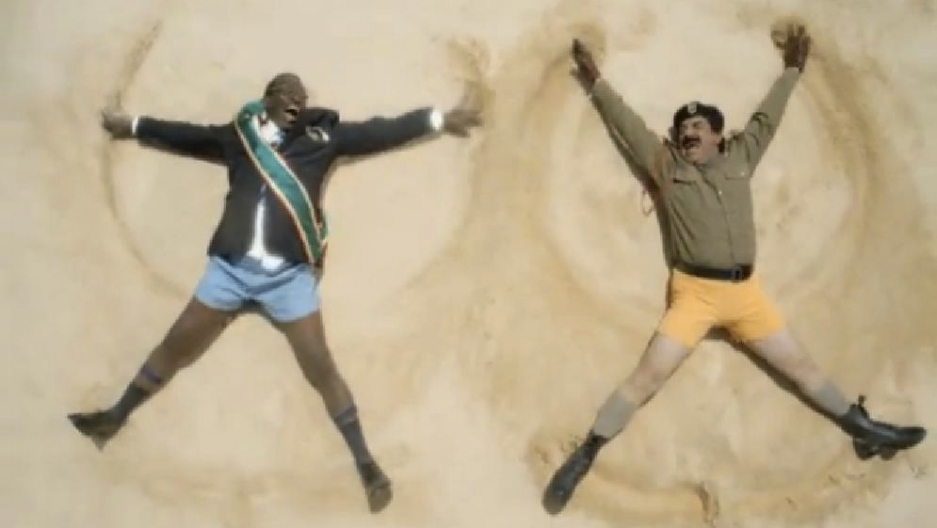 Dictators frolic in an ad for Nando's, a chain of peri-peri chicken restaurants based in South Africa and known for cheeky, topical advertisements. The ad, titled "Last Dictator Standing," features lookalikes of Robert Mugabe, Muammar Gaddafi and others.
Share

British journalist Harry Cole on Twitter described the advertisement as being "spectacularly inappropriate yet hilarious."

Other Twitter users said they were disgusted by the ad.

Nando's, which sells Portuguese/Mozambican-style peri-peri chicken, is known for cheeky ads with a focus on current events. Previous TV and print ads in South Africa have poked fun at traditional polygamy, the Dalai Lama being denied a visa, and the contentious "secrecy bill," passed last week by the country's parliament despite widespread opposition.

More from GlobalPost: South Africans wonder: Has freedom made us fat?

Extended version, with a Chairman Mao-alike: