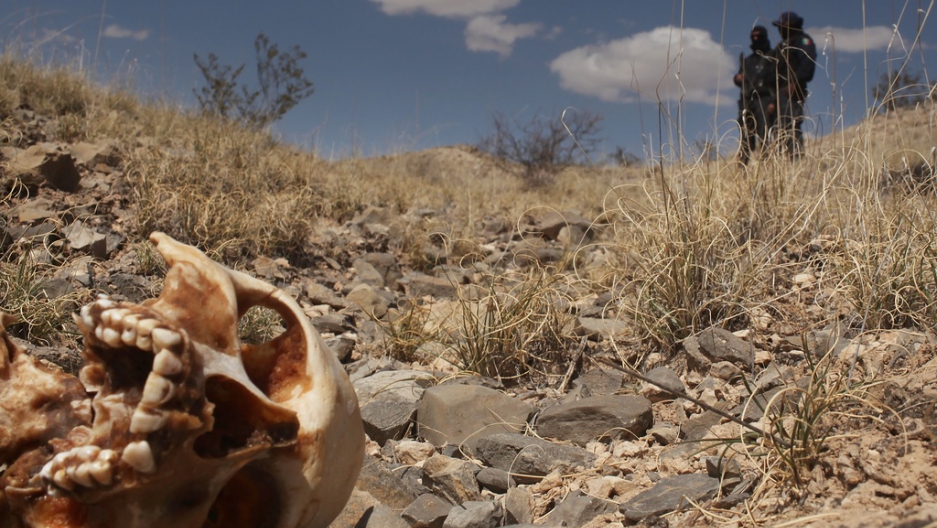 As Mexicans struggle with relentless massacres, mass graves and assassinations, a group of activists have turned to an outside power for help — the International Criminal Court.

The group, which includes leading academics, lawyers and journalists, filed the complaint before the ICC on Friday denouncing both the major drug traffickers and President Felipe Calderon for the violence that has consumed the country.

Calderon, they argue, is culpable in the violence, which has left more than 50,000 people dead in drug-related incidents since he declared war on the cartels in 2006. They say he sent soldiers onto the streets who have shot dead civilians and tortured suspects, according to a recent report by New York-based watchdog Human Rights Watch.

The violence of soldiers and narco-killers constitues war crimes, the suit says, which is backed by 23,000 signatures.

“Mexico is going through a humanitarian crisis of enormous proportions," said Mexican lawyer Netzai Sandoval. "The wrong military strategy targeting the drugs trade and society has destroyed the entire country. All possible peaceful and legal means need to be used urgently to bring the bloodshed to an end.”

On Sunday, Calderon's office released a statement calling the allegations in the lawsuit "slander" and threatening to pursue legal action against the complainants.

Still, the group could prove the case of a national crisis very easily.

The bloodshed since 2006 has included events that have shocked the public to the core, such as mass graves of more than 200 corpses, a single massacre of 72 people, car bombs, piles of 15 headless corpses and a long list of other atrocities.

An increasing number of the victims have been civilians, many shot dead in crossfire, or for failing to stop at military checkpoints, others dragged off buses and murdered for no obvious motive.

The public has also been terrorized by mass kidnappings and extortion as the heavily armed cartels have branched out into a portfolio of other crimes.

However, it will be harder to convince the Hague-based court that it should haul Calderon himself before the dock.

Whereas the court has judged various dictators, Calderon came to power by winning an election — albeit by the closet margin in Mexican electoral history.

In a news release, Mexico´s foreign department argued that when drug cartels commit such violence, the government is obliged to send the troops out to bring order.

“The Mexican State acts according to the law in fighting the criminal organizations that, because of the diversity of crimes that they commit and the high power of their armaments, put at risk the security and tranquility of families,” the release said.

Furthermore, Calderon's strategy of sending soldiers against drug cartels has been encouraged by the United States and underwritten with $1.6 worth of U.S. aid, including Black Hawk helicopters, drones and other hi-tech tools.

If Calderon is guilty in this war, the US and its strategy of attacking drug-trafficking organizations in Mexico with undercover agents and paid informants could also come under scrutiny. Many of the Mexican marines who go in blasting are also trained by the US.

Calderon has also rightly pointed out that the drug cartels are chiefly armed by American-sold weapons and make an estimated $30 billion every year selling marijuana, cocaine, heroin and cystal meth to American users.

A potential case in the Hague would surely have to study this source of financing and weaponry for the cartels, who use the money to pay for thousands of men at arms sewing mayhem across Mexico.

Some Mexican soldiers have indeed killed civilians at checkpoints and other places — and face court martials for these crimes.

But there has been no evidence to directly link the armed forces to the mass graves or massacres.

However, whatever the court rules, the suit has helped bring the eyes of the world to the Mexican bloodbath.

Many Mexicans have become desperate in face of the relentless violence.

In 2009, a key business lobby in Ciudad Juarez, a border town that has seen some of the more gruesome violence, said they were so fed up of being extorted they wanted United Nations blue helmets to take control.

The suit can be viewed as another cry for help — a kind of SOS to the world.

Many Mexicans asked about the suit said they were fed up of the government’s confrontational strategy and hoped for a change of tact when a new administration takes power in 2012.

Under Mexico´s constitution, Calderon is banned from standing for re-election and the pre-candidates from his conservative National Action Party are trailing in the polls.

“The tactic of war on drug cartels has not helped Mexico. It is just tearing this country apart,” said Benjamin Ramirez, a 45-year-old doctor. “Why do we go on paying the cost for American drug consumption? We need peace here.”