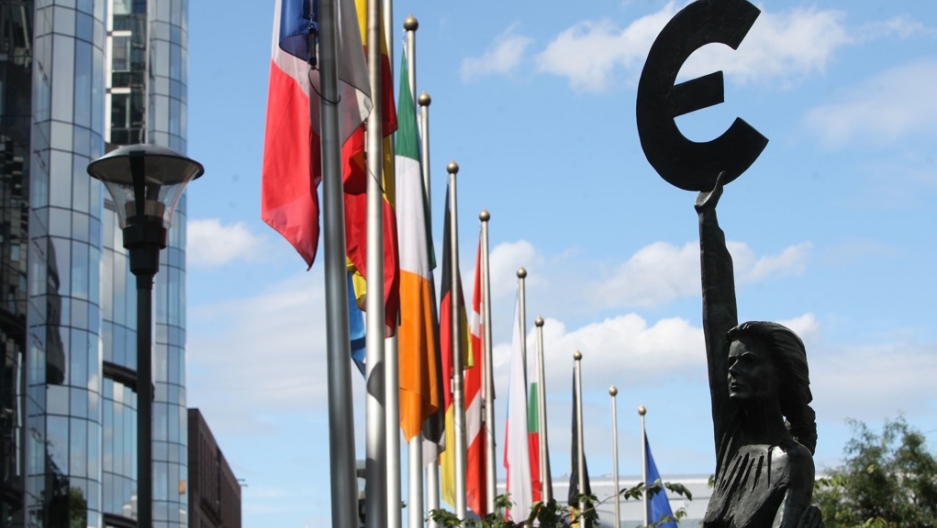 A statue of the euro in front of the European Parliament building in Brussels, Belgium.
Credit: Mark Renders
Share

And it came from a most unlikely place, considering Germany's long and difficult history: Poland.

Here's what Polish foreign minister Radoslaw Sikorski said in a speech Monday in the German capital, as reported by the Financial Times:

"I demand of Germany that, for your own sake and for ours, you help it survive and prosper,” he said. “You know full well that nobody else can do it. I will probably be the first Polish foreign minister in history to say so, but here it is: I fear German power less than I am beginning to fear German inactivity. You have become Europe’s indispensable nation."

So much for fear of German panzer divisions.

The speech was also republished in its entirely by the FT.

In it, Sikorski was blunt throughout.

It's an incredibly lucid and forthright account of the troubles facing Europe (and Germany) right now, so I'll point you to three more key points that the Polish diplomat made.

He urged, among other things, a stronger role for the ECB:

"As long as the European Council sets in stone tough new rules, the European Central Bank should become a proper central bank, a lender of last resort that underpins the credibility of the entire eurozone," Sikorski said.

He also promised Germany that Poland could help save the euro zone:

"Poland can play an important role in saving Europe. In the last four years, our accumulated growth of gross domestic product amounted to 15.4 percent."

Sikorski ended his Polish pep talk with this dire warning:

"What, as Poland’s foreign minister, do I regard as the biggest threat to the security and prosperity of Poland in the last week of November 2011? It’s not terrorism, and it’s certainly not German tanks. It’s not even Russian missiles which President Dmitry Medvedev has just threatened to deploy on the EU’s border. The biggest threat to the security of Poland would be the collapse of the eurozone."

Meanwhile, as GlobalPost's Michael Goldfarb reported, the OECD had a dire warning of its own today for the entire euro zone.