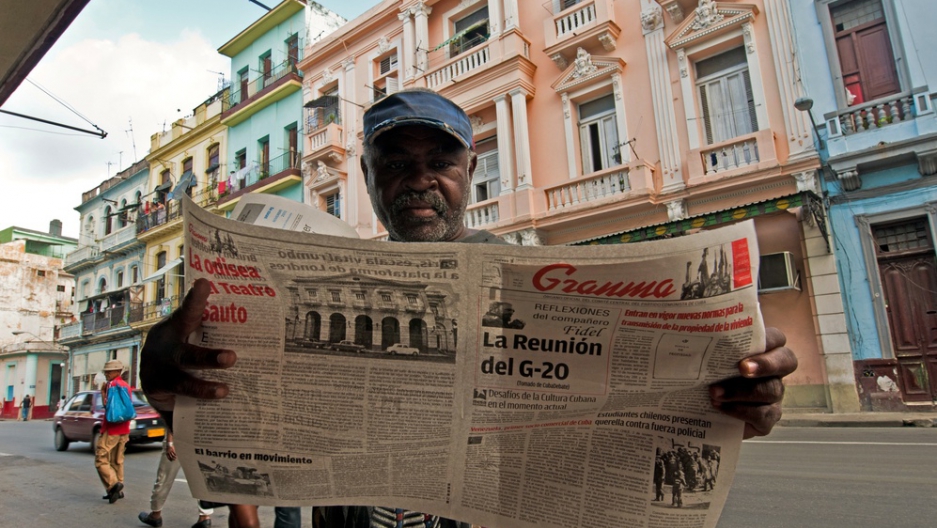 Cubans can now air grievances and complaints in the Friday edition of the Communist Party newspaper Granma.
Credit: STR
Share

HAVANA, Cuba — Cuba’s communist leaders may have turned to market principles to tinker with the island’s state-run economy in recent years, but the fundamentals of its one-party political system have remained unchanged and ironclad.

Yet in the smaller, less visible spaces where Cuban civil society exists — particularly in the island’s Catholic Church and among certain writers and intellectuals — a powerful set of ideas is taking hold that aims to transform the relationship between ordinary Cubans and the political system that has ruled here for more than 50 years.

At the core is the call for a “re-founding of citizenship” that insists Cubans should be “citizens” of the island’s socialist system, not its subjects.

Related: Why not a Cuban Autumn?

That was the message of a major editorial that appeared this month in the Catholic Church magazine “Espacio Laical” (Secular Space) that challenged Communist Party leaders to push for deeper and more meaningful changes at the powerful organization’s upcoming conference in late January.

The magazine and others who gently nudge for democratic reforms here — as opposed to the direct challenges of Cuban dissidents — often speak of the need for more “participation,” or the idea that Cubans deserve more rights to speak up and have a government that responds to their needs and criticisms.

In that sense, “participation” is partly a euphemism for “democracy,” in that it challenges the island’s leaders to share power and decision-making, rather than dictating from above.

“It is essential that all Cubans be allowed to participate — and they want to — in the development of proposals for national change, in the debate about those changes, in the approval of those that are chosen by consensus and in the execution of the policies that implement them,” read this month’s editorial in Espacio Laical.

Related: Another place to talk about Cuba

The magazine went on the criticize the Communist Party agenda that has been circulating in advance of the conference as “stuck in failed dogmas” and “wedded to a top-down relationship with society.”

“In Cuba, any reform that hopes to effect transcendental change requires political innovation, starting with the Communist Party, the organization placed in charge of leading the changes we need,” the editorial urged.

Few countries on earth are as regimented as Cuba. Its hierarchical structure, topped by the Communist Party, is repeated throughout other government institutions and entities, from state-run companies where bosses command supreme authority to cultural institutions like the National Ballet, which has had the same director — Alicia Alonso — for more than five decades.

Since taking over for his brother in 2006, President Raul Castro has encouraged greater citizen participation in several key speeches, but he has left the country’s centralized decision-making process intact.

Castro has encouraged Cubans to voice their grievances in workplace and neighborhood meetings, directing local officials to gather and compile residents’ opinions and criticisms. These “consultations” were later cited as the driving force behind new reforms allowing Cubans to start small businesses, buy and sell cars and homes, and other liberalization measures.

Then there are the letters-to-the-editor appearing each Friday in the Communist Party newspaper Granma, in which ordinary Cubans write in with proposals and complaints about state-run entities like the bus system or the electrical utility. While some of the letters feature candid calls for more economic freedoms, they do not explicitly challenge the country’s leaders or its socialist system, which the government has deemed “irrevocable.”

The question, rather, is how Cuba’s socialist system should work, and other Cuban writers and establishment figures, from iconic folksinger Silvio Rodriguez to Film Institute founder Alfredo Guevara have insisted with growing urgency that the country must allow its citizens a greater voice in shaping the island’s future.

After all, Raul Castro is 80, while his brother Fidel is 85 and clearly retired from any kind of executive role in Cuba’s affairs. Whoever assumes leadership here in the future will likely need to curry favor with the public by running a government that is much more responsive to Cubans’ needs and frustrations, but also willing to let more people —especially younger Cubans — have sway.

Hence the call for a rebirth of “citizenship.”

As Cuban legal and political scholar Julio Cesar Guanche writes: “The revolutionary policies that Cuba needs in the 21st century include political pluralism, personal independence and a civilizing brand of diversity — diversity in the way we live our lives, spend our time, and practice politics — in order to deliver men and women into a new promised land: citizenship.”

The editors at Espacio Laical are also pressing Cuba’s leaders to keep the reform process moving while the Castros are still alive. “It would be inappropriate to stall hopes for major changes and allow more time to go by, so that others, down the road, are the ones left having to make these changes,” they wrote.