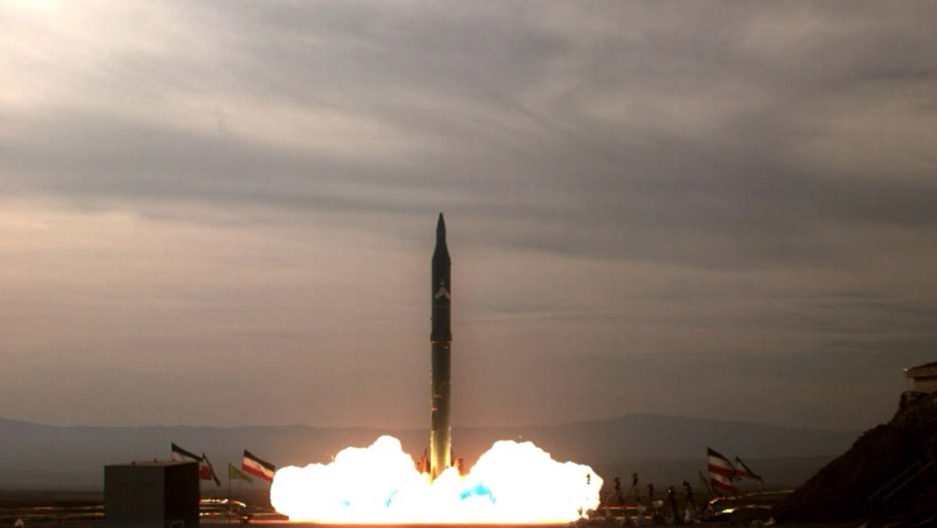 The test-firing at an undisclosed location in Iran of an improved version of the Sejil 2 medium-range missile which the Islamic republic says can reach targets inside Israel.
Credit: Vahi Reza Alaee
Share

A senior commander of Iran’s Revolutionary Guard said on Saturday that the country will target NATO’s missile defense installations in Turkey if the US and Israel attack the Islamic Republic, the Associated Press reported.

In a new strategic response to what Iran views as an increase in threats from US and Israel, Gen. Amir Ali Hajizadeh said "should we be threatened, we will target NATO's missile defense shield in Turkey and then hit the next targets."

Relations between Iran and the West have intensified since a recent report by the International Atomic Energy Agency claim Tehran has been implementing a secret nuclear weapons program.

Iranian President Mahmoud Ahmadinejad criticized the IAEA for bowing to US pressure, saying in a televised speech earlier this month that Iran "won't retreat one iota from the path it is going. Why are you ruining the prestige of the [UN nuclear] agency for absurd US claims?"

The increased pressure from the US and members of the international community in recent weeks have only led Iran to further resolution.

Brig. Gen. Ghassem Soleimani, chief of Iran's elite Quds Force, warned Washington of serious consequences if it does not stop threatening the Islamic Republic. "The US must know that when a glass is broken, it becomes sharper," Soleimani said.