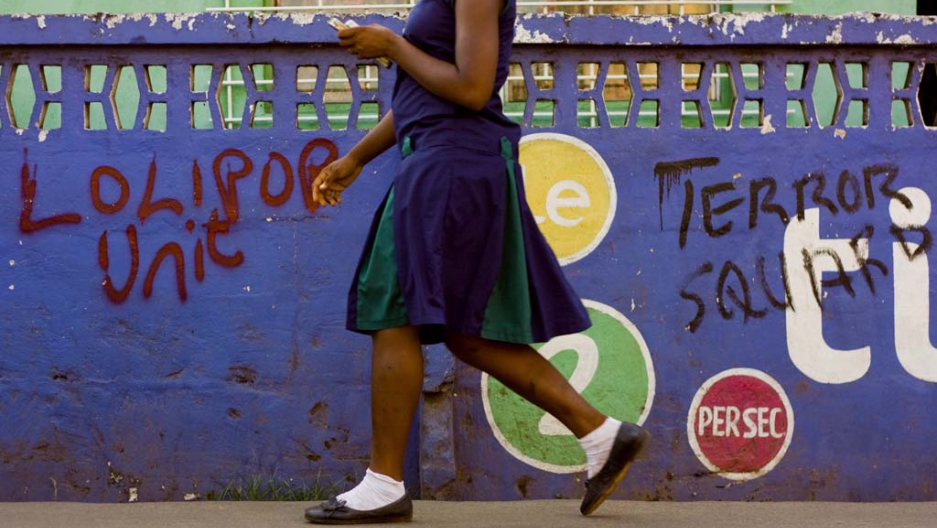 A girl on her way to school in the center of Freetown walks past a house branded in the colors of one of the local cellphone operators. Telecommunications is one of the only growth industries for foreign investment in Sierra Leone. (Tadhg O'Sullivan/GlobalPost)
Credit: Tadhg O'Sullivan
Share

Local authorities hope to ensure that "at least 80 percent of schoolgoing girls keep their virginity until they finish their educational life," council chairman Matthew Margao told the news agency, adding that sponsorship would be available until female pupils had completed university.

More from GlobalPost: Sierra Leone's women go through childbirth in the dark

The council decided on the scheme as a means of reducing teenage pregnancies and promoting higher education among women, he said, and hopes that other city councils will follow suit.

"Female medical personnel" will be employed to check that scholars really are virgins, according to Margao.

"I cannot see myself allowing people to examine my daughter because of a scholarship. I think other methods like rapid sensitisation should be an alternative."

More from GlobalPost: Sierra Leone's health minister reaches out to other developing countries for help

It is not the first time such initiatives have been proposed to combat Sierra Leone's teen pregnancy rate, which is one of the highest in the world, according to the United Nation's Children's Fund (UNICEF).

Teenage pregnancy is one of the main reasons why only 15 percent of girls in Sierra Leone reach secondary school, UNICEF said in 2009.

A similar "virgin scholarship" scheme was introduced in northern Koinadugu district a few years ago but was quickly scrapped, reported the Inter Press Service. Another village passed laws to require that when a schoolgirl became pregnant, both she and the father had to drop out of school.

UNICEF recommends increased access to contraception and better sex education as a more effective way of tackling the problem.