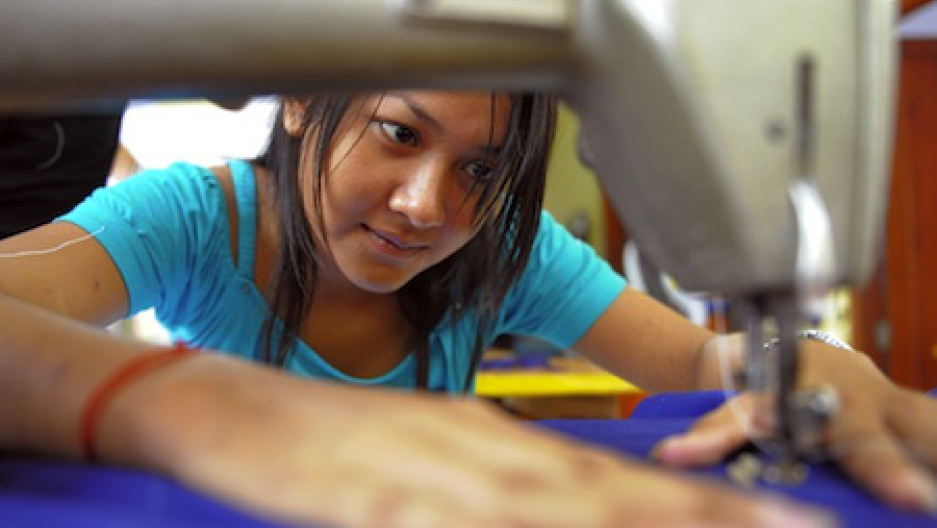 A Cambodian worker sews at a factory in Sihanouk province, some 230 kilometers southwest of Phnom Penh on September 9, 2009.
Credit: TANG CHHIN SOTHY
Share

In the wake of a mysterious fainting epidemic in Cambodia's clothing factories, garment workers are set to get a pay bump.

By U.S. standards, the raise is minuscule: the workers' $61-per-month minimum wage will increase by $5. But that's a significant amount in Cambodia, among Southeast Asia's poorest nations.

What's unclear, however, is if the pay bump and the fainting woes are connected.

Among the suggested causes of the mass faintings -- a list of possible culprits including bad ventilation, toxic fumes and even some bizarre psychological phenomenon -- was rampant malnutrition among poor stitchers. Extra cash could keep workers from skipping meals.

But this Phnom Penh Post report on the raises makes no mention of the fainting spells in which dozens and even hundreds of workers in separate factories suddenly keeled over.