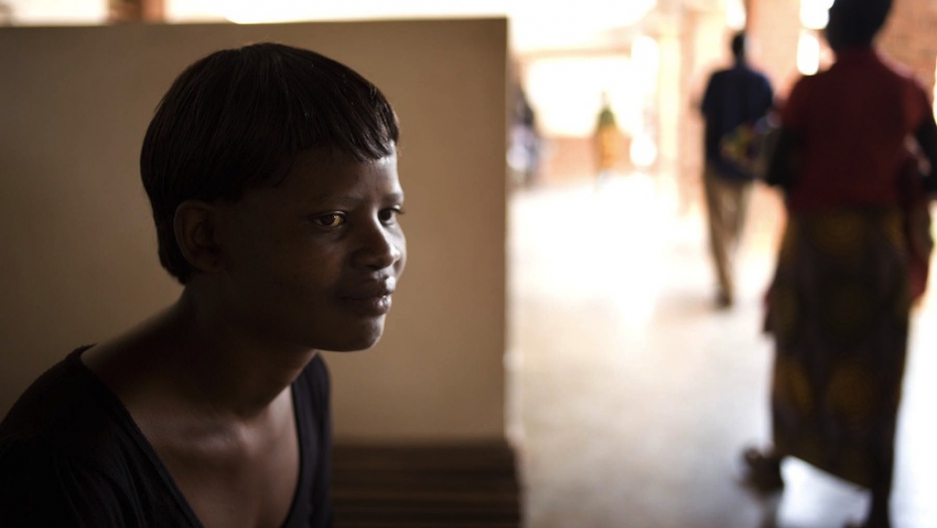 I am thankful this season for good health care, and yet I am so sad that many don’t have it. Here’s why.

Three weeks ago, I flew to Manila, stayed a week, and then flew back to Washington, D.C. My calves felt extraordinarily tight during the whole trip, and when I went running one day in Manila I had to stop every three or four minutes. I have run marathons, but I couldn’t breathe after three blocks.

Back in Washington, I walked up three flights of stairs and again had to stop to catch my breath. I knew something was wrong so I opened my computer and typed in Google: “calf pain + shortness of breath + long flights.” Google told me what I feared: deep vein thrombosis, or dangerous blood clots that could migrate to my lungs and possibly kill me.

I drove myself to an emergency room, where 15 minutes later a technician using ultrasound found two clots in my leg; a doctor told me the clots were also almost surely in my chest. A nurse injected me with blood thinner, and after a few days in the hospital, I am now out of danger. I left for home and am now recuperating.

I am fortunate. I know this from years of experience of reporting about people who have poor or no access to quality health care, from rural areas of West Virginia to Afghanistan to Zambia. But today I feel this deeply, in large part because of an email that I just received from Rudi Thetard, the country director for Management Sciences for Health (MSH), a Cambridge-based non-profit that works globally to improve health care.

This summer, I met Rudi in Malawi and he had introduced me to Lucy Sakala, an HIV counselor at Salima District Hospital in Malawi, about a two hour drive from Lilongwe, the capital of the southeastern African country.

Lucy was battling cancer and I wrote about her difficulties in getting treatment. Here’s what she told me in July about how she tells people that they are infected with HIV:

“I tell people who just learn their diagnosis that they should live positively,” Sakala said. “I tell them that there are several conditions more serious than HIV, including some cancers. And I tell them I have cancer, and it’s difficult, but that I live positively. Then I say it’s so important for them to take their medications properly so they won’t have opportunistic infections, and that they shouldn’t fear much. They should listen to their health provider.”

Those patients, Sakala said, sometimes “feel sorry for me, and their problem becomes a little lighter. But I tell them not to feel sorry. I tell them to live as positively as I am.”

The story documented how Lucy couldn’t afford the cost for chemotherapy. MSH staff around the world donated $2,000 for her treatment.

In the end, it was not enough. Rudi’s email was Lucy’s death notice. She died a week ago from her cancer, which had spread from her uterus to her brain, esophagus, and lungs.

Here’s what he wrote:

“Lucy has for the last year battled her own cancer whilst continuing to counsel persons who have tested positive for HIV. Her death has been felt strongly by MSH staff in Malawi as we had all hoped that she would recover.

“Her story echoes the story of many other cancer sufferers in Malawi. Following the diagnosis of cancer she was able to start with a program of chemotherapy which had to be supplemented by radiotherapy. It is at that point that that the doctor advised a course of radiotherapy which was only available in Zambia. MSH staff (in Malawi and globally) contributed generously to the expenses she incurred in travelling to Zambia and she was able to complete a course of radiotherapy.

She returned to Malawi a few weeks ago and had to face a reality of a shortage of essential chemotherapy – these drugs have been out of stock since September in Malawi. She died this morning and was only 28 years old, leaving a daughter and husband.”

I told this story to Dr. Kevin De Cock, a pioneering global health researcher who is now director of the Center for Global Health at the Centers for Disease Control and Prevention in Atlanta.

“This story of the 28-year-old woman is regrettably a common one,” he said. “But at the same time we need to step back with non-communicable diseases and say where we are: The world is just starting to recognize the global problem. Not a large amount of resources are being made available to for specific non-communicable diseases, such as cancer, hypertension, and diabetes. … Still, a great deal can be done through appropriate public health policies. This does not solve the problem of the sad story of this woman, but there is an awful lot we can do now.”

That is almost surely true. The reality today is that someone like me who was born in a middle-class family in a rich country has the means to access health care that can add years – maybe decades – to my life. Lucy Sakala, by virtue of being born in a poor country with poor health care, didn’t have that. Basic chemotherapy treatment was not available to her. And because of these facts, I live and she dies in November of 2011.

More from GlobalPost: Obesity: Not just a Thanksgiving problem