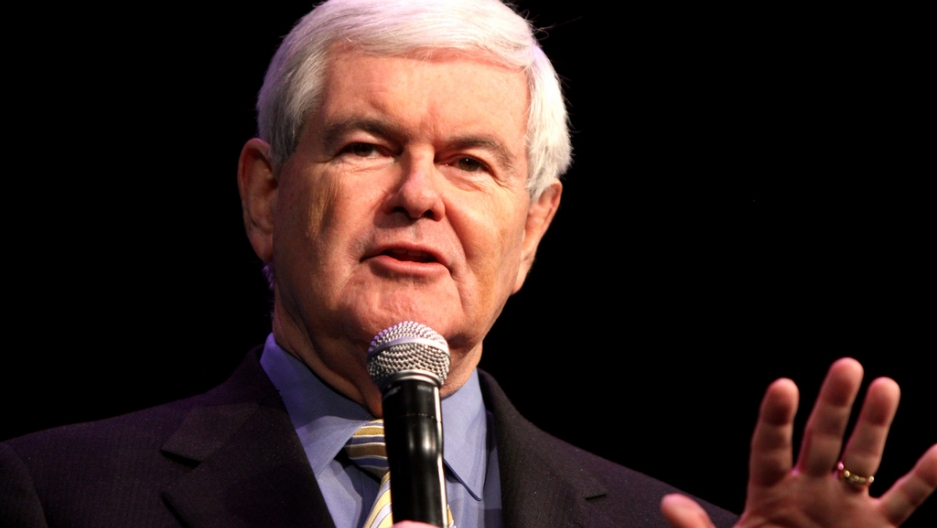 For his part, Gingrich said his years of experience in politics have prepared him for the attention his sudden rise has earned him. He’s aggressively defending himself against critics by launching a web page titled Answering the Attacks.

But whether Gingrich has the staying power that Rick Perry and Herman Cain did not remains to be seen.

Page said that in polling the summer, Gingrich registered just 3 percent support, less support than the poll's margin of error. Virtually his entire staff quit on him this summer when he chose to go on a cruise rather than campaign.

Now, the latest polling, shows him ahead.

In general, Page said, this is the continuations of the ongoing search for a more conservative alternative to long-time frontrunner Mitt Romney.

"They tried Rick Perry, they tried Michelle Bachman, Herman Cain, just to see one after another rise and then fall, crash back down to the ground," she said.

Gingrich sees himself as a candidate following in the footsteps of some of the greatest leaders in American history. In fact, when asked to compare his campaign to a previous one, Gingrich described it as most similar to Thomas Jefferson's campaign in 1800, Gage said.

However Gingrich doesn't exactly have a smooth road to the nomination. Some critics have said he has to answer for more flip-flops that Romney, who's long been described in this election cycle as a serial flip-flopper. As an example, Gingrich criticized President Barack Obama for not more quickly implementing a no-fly zone in Libya, and then weeks later criticized him again for implementing a no-fly zone and intervening in the Libyan revolution.

"One of his old friends, Ed Rollins, ... said he has 25 ideas coming out of his head all the time. Twenty of them are smart, five of them are idiotic, but he loves them all equally," Gage said

What makes this manageable, though, is that Gingrich can always provide an explanation for why he's changed his mind.

"It's very hard for anyone to stump Newt Gingrich," Gage said.