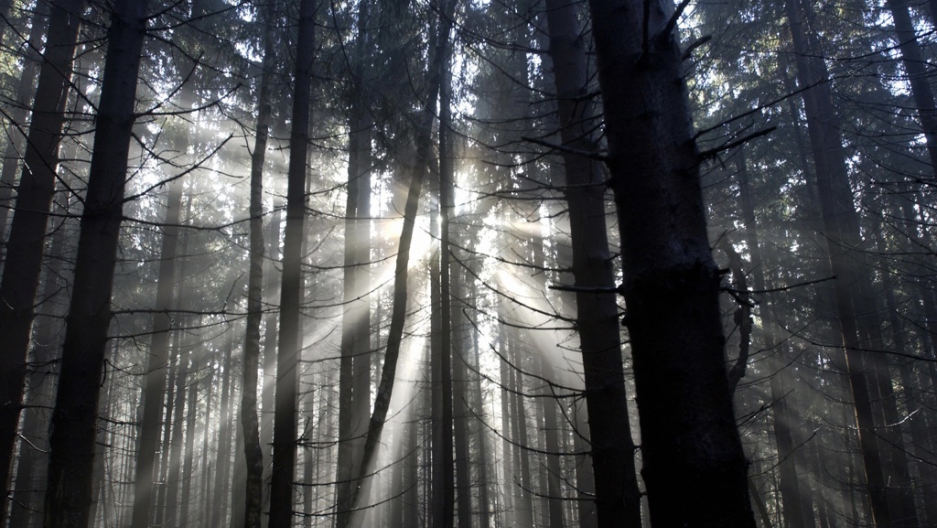 BERLIN, Germany — The Harz mountains have a problem.

Located in central Germany, between Nuremberg and Hamburg, the region was once “famous for its industry, culture and nature,” said Florian Kroeckel, who grew up there. The range’s highest peak, the towering Brocken, was the fictional site of the witches' spring festival celebration in Goethe’s "Faust."

Then came World War II. Nazi missile manufacturers converted the Harz’s underground mines into forced labor concentration camps. Tens of thousands of inmates died there, under brutal conditions. And after the war, the mountains hosted Soviet spy facilities, with restricted access. Since then, the area has never recovered. Locals still struggle to find work.

The region “feels like the end of the world,” said Kroeckel. “It really needs the jobs as well as the cultural life to come back.”

Meanwhile, renewable energy has a problem as well.

Germany has invested many billions of dollars into wind and solar. But no amount of money can make the wind blow nor the sun shine consistently. And people can’t be asked only to run the heat or lights or computers when the weather cooperates.

Nonetheless, Germany is determined to have 35 percent of its electricity come from renewables by 2020, and 80 percent by 2050. It’s also phasing out nuclear, which currently forms a significant portion of the country’s power.

That means that somehow, green energy needs to become reliable.

German planners see a solution — at least in part — in the region’s abandoned underground shaft mines, which they say can be used to store energy produced by renewables.

The technology – called hydroelectric pump storage — is an elegant solution that deploys the energy potential of gravity.

When the wind is blowing or the sun is shining, excess electricity will be used to pump water upwards, into storage tanks within the mines. Then, when nature isn’t cooperating sufficiently to meet energy demands, that water is released down into the mines. As it descends, it turns turbines located down below, creating electricity.

The concept is similar to traditional hydro-electric, but without impact of huge dams and reservoirs.

“It's the right time for such a project,” said Christian Budde, spokesman for the Economic Ministry of Lower Saxony. “And the question of energy storage is definitely one of the big problems we are facing over the next few years as we transition from the age of coal, gas and atomic energy to the age of renewables.”

While the project would initially only work with local wind parks, officials say it could later store energy generated by offshore wind turbines in the North Sea.

Marko Schmidt, an industrial engineer with the Energy Research Center of Lower Saxony in Goslar, came up with the idea after examining the success of placing small water power stations underground in the Harz Mountains.

These new water stations are placed between 174 meters (571 feet) and 220 meters (722 feet) below the surface. Schmidt foresees as many as 11 more wind energy storage facilities in the region. Up to 100 could be installed in various former mines across Germany.

The idea is good for Germany’s renewable goals, but also for the region.

“The industrial base in the Harz is not so large or well-developed, and the old mines could breathe new life into it,” he said. “It could bring jobs and economic revival.”

Being underground, the projects won’t suffer from the not-in-my-backyard problem that afflicts so many energy initiatives. Despite its haunted reputation, the region still draws tourists to its bucolic landscape and medieval villages.

Using the mines to produce clean energy would also help rehabilitate them from their own ghoulish past — a history that has an odd twist involving the US military.

In 1943, the Nazis set up more than 40 forced labor camps in the mines of nearby Nordhausen-Dora to build V-2 rockets. Over 20,000 inmates died in the underground factory in Dora alone. Wernher von Braun, an SS member who designed the V-2, visited the concentration camp twice in 1944 but later denied knowledge of the nightmarish conditions in the tunnels.

In April 1945, when the US army reached the Harz, the Nazis sent 40,000 camp survivors on a death march. Four weeks later, around 10,000 of them had perished. Later, the Americans brought von Braun to Alabama, where his files were cleaned up and he lived freely, helping to build rockets for the US military.

After the war ended, the Harz became part of communist East Germany, and home to the Soviets’ main western outpost. Riddled with surveillance and espionage technology, the range was off limits until the Berlin Wall fell in 1989. The last Soviet soldier finally left the mountains in March 1994. The region has struggled ever since, despite federal subsidies.

In recent years the “Initiative Future Harz” has collected proposals to develop the region, and the underground energy storage facility has garnered widespread support.

Backers hope to get approval for the estimated 200 million euro ($270 million) project within the next three years, and have it connected to the grid by 2018.

“We’ve already had more than a 100 meetings and interviews with entrepreneurs and potential investors from various sectors,” said Bernhard Reuter, district administrator of Osterode in the Harz. “And we could easily become Germany’s No. 1 storage facility. This project is not a utopian fantasy.”