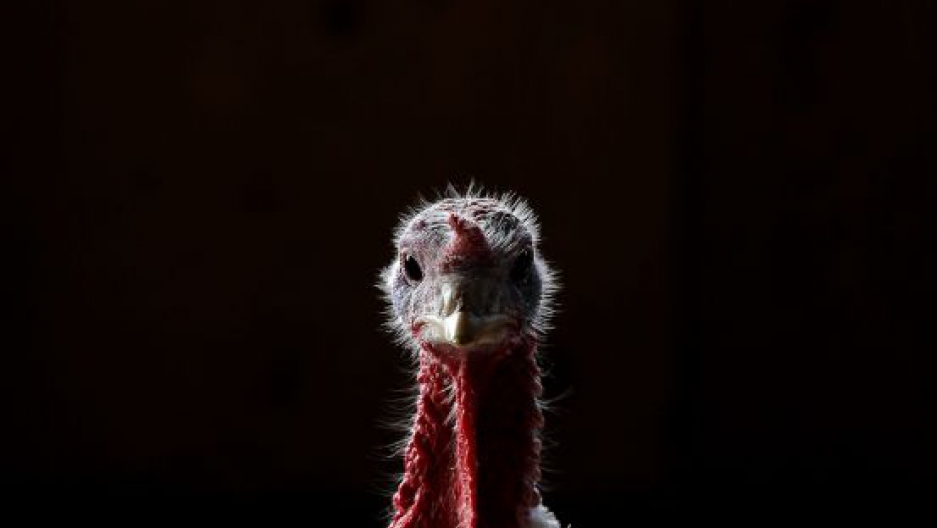 How well do you know your turkey?
Credit: Justin Sullivan
Share

It may be dead - and poultry - but that won't stop your Thanksgiving turkey playing its part in jihad.

Geller decided to incite some festive hate with this post on Monday, in which she repeats her accusations that the US meat industry does not separate halal from non-halal meat, and accuses popular turkey supplier Butterball of sneaking birds prepared according to Muslim requirements onto non-Muslim tables.

Geller claims halal slaughter methods are "torturous and painful" for the turkeys, and an assault on everyone else's freedom to have them killed in whichever way they choose:

"Across this great country, on Thanksgiving tables nationwide, infidel Americans are unwittingly going to be serving halal turkeys to their families this Thursday. Turkeys that are halal certified -- who wants that, especially on a day on which we are giving thanks to G-d [sic] for our freedom? I wouldn't knowingly buy a halal turkey -- would you? Halal turkey, slaughtered according to the rules of Islamic law, is just the opposite of what Thanksgiving represents: freedom and inclusiveness, neither of which are allowed for under that same Islamic law."

Geller is calling on those who agree with her to boycott Butterball's "stealth halal turkeys" and write to the company to register their disapproval.

Those who don't have been responding to Geller's arguments in the comments section of her website.

Her readers' ripostes range from the factual - 'Gothelittle' points out the similarity of halal slaughter methods to kosher ones, and the arguable benefits of both compared to non-religious mass meat production - to the pragmatic, courtesy of 'JonathanMurray':

"If someone was actually concerned about this silliness, they'd need to know *before* it was time to start thawing that frozen bird. Four days in the fridge... today is three days before Thanksgiving. Dumb."

Meanwhile, Adam Serwer of Mother Jones points out that if all Butterball turkeys are indeed certified halal, it's presumably because meat sellers are responding to market demand:

You might even be tempted to observe that Muslim Americans marking a secular, American holiday celebrating pluralism and freedom from religious persecution might be a sign of the extent to which American Muslims have assimilated into American culture. What you didn't know was that when markets respond to the demands of Muslim consumers, freedom dies.

And Sheila Musaji of The American Muslim expresses her surprise that halal turkeys are apparently so freely available, having struggled to find them in previous years - and invites Geller to come and share a kosher turkey with her and her family this Thanksgiving.

Those halal turkeys must be stealthier than even Geller could imagine.