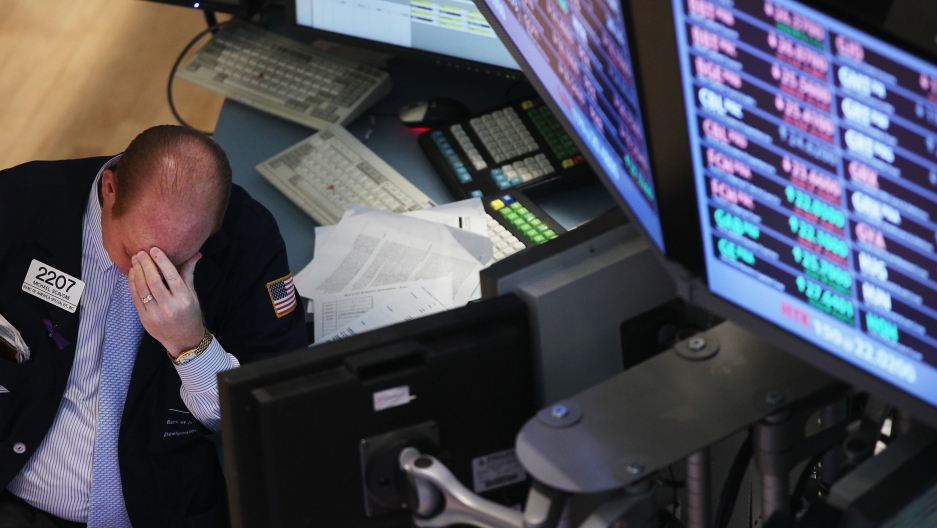 Stocks dropped on Monday, with the Dow Jones industrial average down over 300 points, as Congress’ debt talks are falling apart. Along with the Dow down about 2.5 percent, the Standard & Poor’s 500 index fell 28 points, or 2.3 percent and the NASDAQ was down 63 points or 2.4 percent.

A 12-member bipartisan panel was assigned to cut $1.2 trillion from the federal deficit by Wednesday but it seems the panel is ready to admit it has failed much sooner, the Associated Press reported.

If the panel doesn’t agree on a package of expanded tax revenues and spending cuts, it will lead to automatic cuts starting in 2013 for the next 10 years, most likely in military and social spending. Analysts also warned these cuts could lead to another downgrade in the United States credit rating, the AP reported.

According to Fox Business, economists say these cuts could be a substantial drag to the world’s largest economy that year. Wall Street already posted its worst weekly performance in two months last week, with the Dow down close to 3 percent.

The panel has until the end of the day to get a plan to the Congressional Budget Office to evaluate numbers and still give two days for it to be presented by Wednesday’s deadline, Fox News reported. The panel’s lack of agreement also sets up a fight over renewing a payroll tax cut and extending unemployment benefits, which both expire on Dec. 31, the AP reported.

Read more at GlobalPost: Supercommittee at a standstill