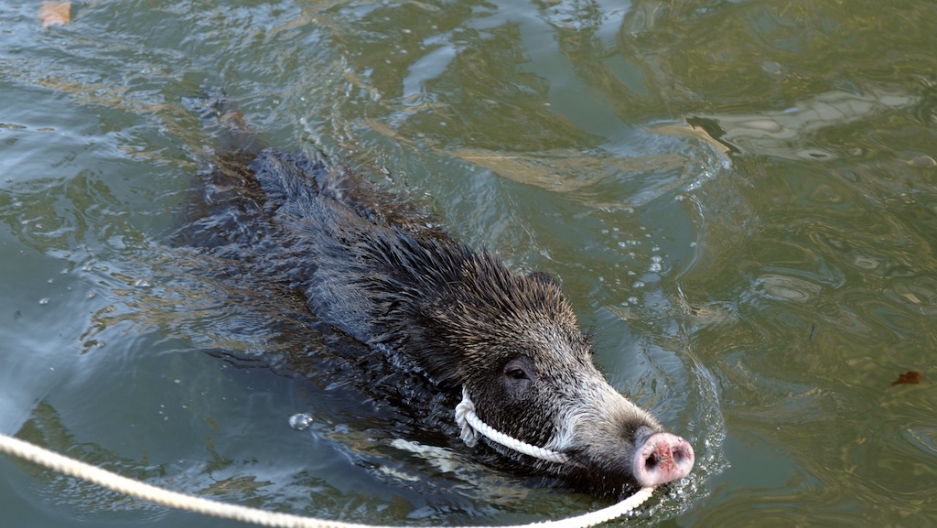 They are ferocious, destroy crops and attack humans, newspapers in Mexico’s northern state of Chihuahua warn.

Mexico’s environment department has issued a death sentence on thousands of wild boars that have crossed the border from Texas in recent years.

The animals are from a race of European boar, which is tough and destructive to the local fauna, said department spokesman Ignacio Legarreta. They could also carry hazardous diseases.

“I wouldn’t recommend their meat for human consumption,” Legarreta said. “It may taste similar to pork, but we will have to first verify the state of health of each animal.”

The boars appeared to have crossed into Mexico to avoid hunters in the United States. Others are reported to sleep in the U.S. and cross into Mexico to feast on the fauna.

They are now at plague levels around the communities of Ojinaga and Coyame del Sotol, with some estimates of up to 50,000 boars in total.

Mexican hunters will be allowed to kill the boars without permission, while the environment ministry is looking at constructing new fences to contain the invading animals.