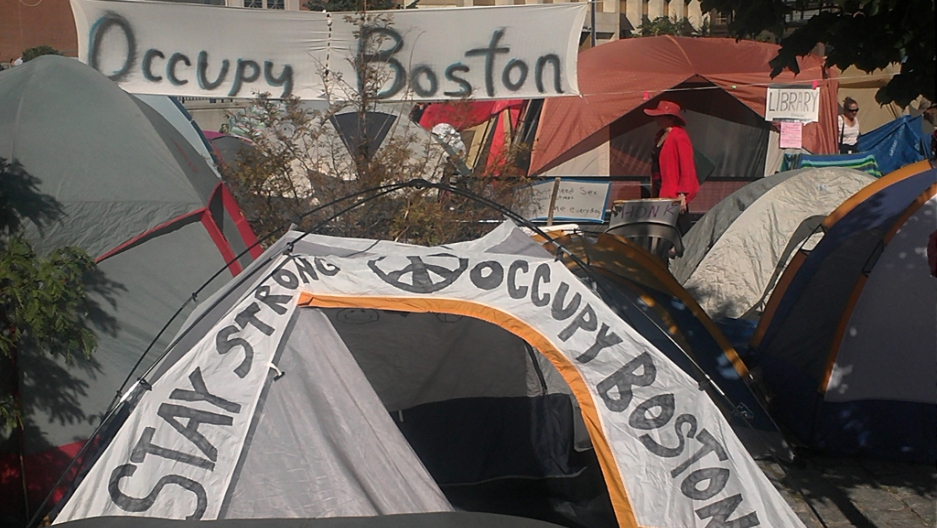 BOSTON — The Rose Fitzgerald Kennedy Greenway Conservancy has asked Boston's Mayor Thomas Menino to evict the protesters at Occupy Boston, according to a memo given to GlobalPost by Occupy Boston.

"After much thought and discussion we have come to the conclusion that, as fiduciaries for public use of the Greenway, we must request that you enforce our regulations and remove the occupiers from the Greenway," writes Georgia Murray, chair of the Greenway Conservancy, in the memo, which is dated Nov 8. Murray has not yet reponded to requests for confirmation of the veracity of the memo.

Among the specific problems that the memo claims Occupy Boston has caused are: a reduction in income due to noise, odors, and interference by farmers during farmer's markets; "disturbing" incidents of drug dealing; and the cancellation of a food festival in mid October on Dewey Square Park due to occupiers.

The Occupy Boston encampment has been located on Dewey Square since Sept 30.  Occupy Boston is an offshoot of the Occupy Wall Street protests in New York City.

Yesterday, a court upheld protesters' rights to remain in Dewey Square, though Menino has said that he has no plans to ask Occupy Boston to leave.

"Trust me Menino would like nothing more than to have us out of here and have his little park back and start planting his grass again but we have done everything right here as far as keeping ties with the community close," said Devon Pendleton, an Occupy Boston protester to NECN.

More from GlobalPost: Meaning behind the OWS protests