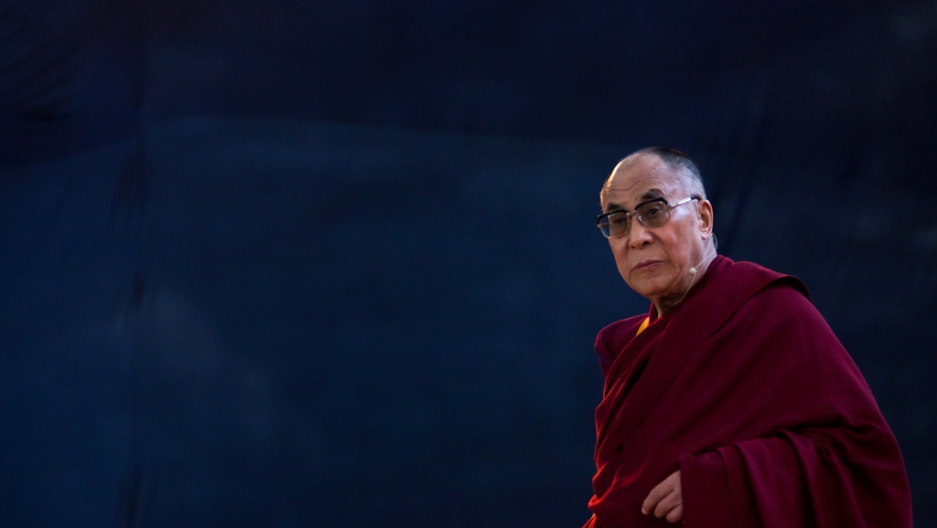 Self-immolations are in the news. Besides reports today of a Chinese man who set himself on fire in Beijing's Tiananmen Square, China is also facing a wave of self-immolations in eastern Tibet.

At least 11 monks and nuns have set themselves on fire this year in protest of China's grip on their homeland. Last week, the Dalai came forward and blamed China for the spate of tragic acts, saying its approach in Tibet amounts to "cultural genocide."

For some, it was a welcome message from a figure who, inevitably, is at the center of any news out of Tibet. For others, it began the well-worn cycle that starts with the Dalai Lama condemning China, moves to China condemning the Dalai Lama, and ends without much changed.

"It's hard to see new ways to describe the situation. But we have to keep on trying to describe it," said Robbie Barnett, director of the Modern Tibetan Studies program at Columbia University.

GlobalPost spoke with Barnett about the likelihood that China will make some changes, what the Dalai Lama can really do, and why no one is an idle commentator on this issue.

GlobalPost: The majority of Tibetans who have self-immolated this year have died. It's clear these deaths are the result of more than a decade of repressive policies in Tibet. What is a helpful frame to make sense of this in the West?

Professor Robbie Barnett: We would have to imagine a government here treating universities as, let's say, mafia centers or criminal cults that have to be repeatedly invaded by police. That's roughly how the major Tibetan monasteries are being viewed now in China.

Local officials in the areas where these self-immolations have occurred, mostly around Kirti monastery in Ngaba, seem to have decided to go further with security policies than other areas. They are using techniques that had been used before only after major incidents, such as blockading a monastery, and cutting off food and water, sometimes for weeks, in response to a single-person protest.

More from GlobalPost: Tibet is burning

So it looks like the area around Kirti has been used as laboratory for ways to manage the Tibetan population. It is an understatement to say that the experiment has not been successful.

What are the chances China will change its harsh policies?

In one sense the chances are higher than we think: The policies that are most provocative are not that difficult to reverse. Some Chinese officials also think them excessive — most Tibetans do — and it's in China's interest to reverse them. But there is no sign of the political will to do so.

In China, there is in general a cynical view of protests by Tibetans and other nationalities. Because there are some positive discrimination policies in place in China for Tibetans, many Chinese think that any protests by them are just attempts to get more funding and more privileges from Beijing.

They view Tibetan complaints as being all about the economy and about getting access to more economic goods. In that view, culture and religion are seen as secondary to economics, and a community that gets richer because of the state is expected to be satisfied with that.

There is also the fear of the internal domino effect. China is afraid that if it shows any flexibility to Tibetans, that will lead to more demands, which will ultimately lead to a heightened sense of Tibetan nationalism and demands for independence, which in turn will trigger demands for independence from other nationalities in China — and the areas inhabited by those nationalities cover some 60 percent of China's landmass.

It's not that China does not want Tibetans or others to have distinctive identities — people there enjoy superficial cultural exoticism and variety as much as Westerners do. But they want these to be ethnic identities, not national ones. They want them to see themselves as "ethnic groups" or "cultures" and not as "nationalities." This seems to be why Chinese officials ordered in about 1995 that only the English word "ethnic" should be used to describe them, not the former official term, "nationality."

So, the problems that stop them changing their policies in Tibet are political rather than practical; this is a very conservative leadership. There are many things they could do, practically speaking. They could limit the migration of non-Tibetans to these areas. They could appoint culturally-literate Tibetans as local leaders and create social partnerships with monasteries in terms of education and other issues. They could have true bilingual education policies, and they could stop the demonization of the monks and the practice of insulting the Dalai Lama.

If the Dalai Lama took a strong stand against the self-immolations, would they stop?

That's a reasonable question that's being asked by a lot of people. But it's more complex than it seems if one considers the history and the context. The Dalai Lama has asked protesters to stop on many similar occasions in the past — when Tibetans have staged hunger strikes in India, for example. He has said that suicides for political reasons shouldn’t be encouraged. His government has said repeatedly that it does not encourage self-immolations.

But in the past when the Chinese have asked him to say something to calm the situation inside Tibet, and when he has done it, the Chinese officials have then demanded that he say something else that they want, as opposed to making a concession in return. This hugely damages trust, I think. That's what happened in 2008: A major crisis was used as a bargaining opportunity to get the Dalai Lama to help. He tried to do that, and they then made more demands and more outrageous ones, while doing nothing on their side to calm the situation.

When we ask this question, we are imagining a diplomatic situation in which the Chinese side and the Tibetan side are working together to solve a problem. But that is not the situation, unfortunately.

Each opportunity is being used to try to humiliate the other side, at least by the Chinese officials in charge of talks. It's not quite the same on the Tibetan side. In academic terms, the Tibetan negotiating moves are "communicative," basically trying to persuade the other side or to appeal to emotion, while the Chinese manuevers are "strategic," trying to cripple or weaken the other party. This is typical of asymmetrical negotiations.

What is needed is a new approach from both sides. The Tibetan side has been asking for talks for over a year, and they are waiting for the Chinese side to set up a mechanism for talks. So, it's not that the Dalai Lama should be saying something, but it's the two sides that should be coming together for talks, or have a mechanism for dealing with crises.

One thing that is obvious here, is that there needs to be a hotline for emergencies. A point of contact between the two sides for when the situation gets really dire.

But what can, or should, the Dalai Lama do?

His government has said it does not encourage these acts but understands the reasons for them. I think that's a useful articulation of the issues.

The Dalai Lama is now saying strong things, like his most recent comments on China committing "cultural genocide" in Tibet. He seems to feel it is his role to criticize China in strong terms. It's hardly surprising that he would feel frustrated, but is it the right thing for him to use such terms?

We have to remember that we're all pawns in a larger situation, where each side is trying to get each of us to criticize the other. That’s very strong objective in China's policies, and for Tibetans too. So I'm not sure it's for me to tell the Dalai Lama what to do. We are not just idle commentators. Everything is electric on this issue.