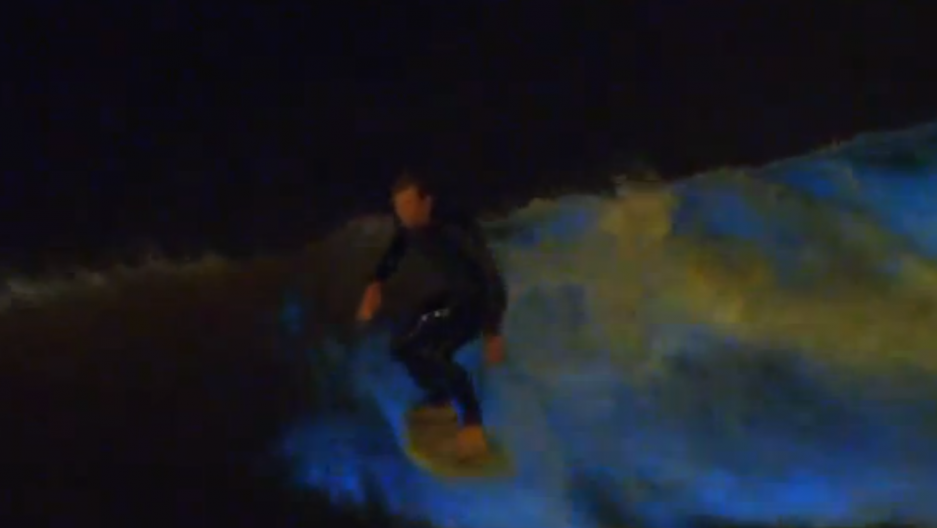 Southern California's surfers and kayakers have been flocking to the beaches at night to witness the ocean waters glowing blue.

Here's a video that shows what's called red tide, the phenomenon that causes the blue glow.

Red Tide is a discoloration of seawater caused by a bloom of tiny, toxic organisms known as red dinoflagellates – lit up the surf at night on San Diego beaches, via a phenomenon known as bioluminescence.

According to the Mother Nature Network, red-tides have been observed fairly regularly since 1901 around San Diego, California. During the daytime, the algal gives the water a red color, which is why it's referred to as red tide. While some forms of red tide can be toxic to both people and marine life, the San Diego version is harmless.