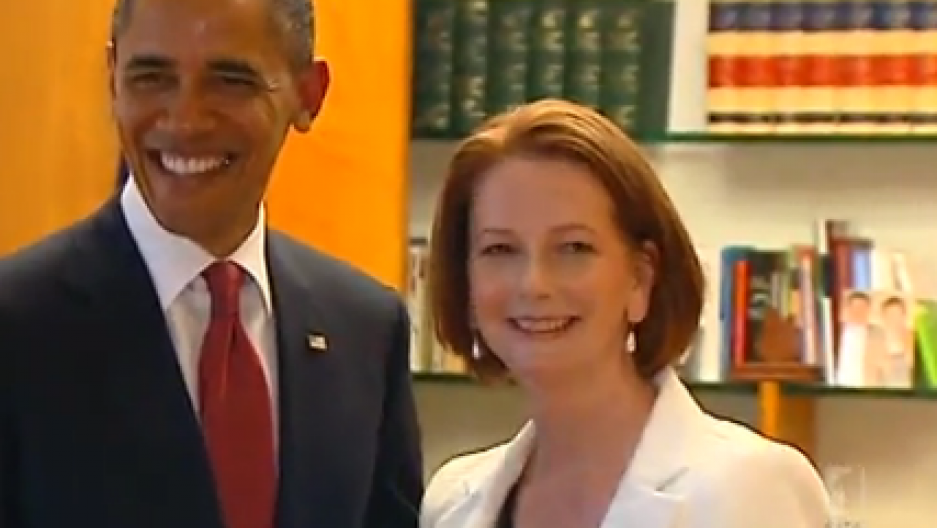 Barack Obama is making his first visit to Australia as president and, while it's brief in time, it's setup to make a big impression on the Asia-Pacific region.

The trip marks the 60th anniversary of the ANZUS alliance between Australia, New Zealand and the United States. Obama received a rock star's reception on his trip, with one adoring young girl uttering words usually reserved for stars like The Beatles.

"He touched my hand," she said. "It was an amazing feeling. There's no way to describe it."

But once the fawning and canon salutes were over, Obama got down to business with Prime Minister Julia Gillard to discuss ways to deepen ties, officially, and combat the rise in power of China, unofficially. For starters, 250 U.S. Marines will be based in and train in Australia, year-round, starting next year. That number is expected to grow to 2,500 Marines over the next few years.

"I'm very happy to be here as we celebrate the 60th anniversary of our alliance and work to strengthen it," Obama said. "I am making it clear that the United States is stepping up its commitment to the entire Asia-Pacific. In this work, we're deeply grateful for our alliance with Australia and the leadership role it plays."

"It is a special delight to have him here for his first official visit as president," Gillard said. "And it comes at an important time in our nation's history and in the history of our region."