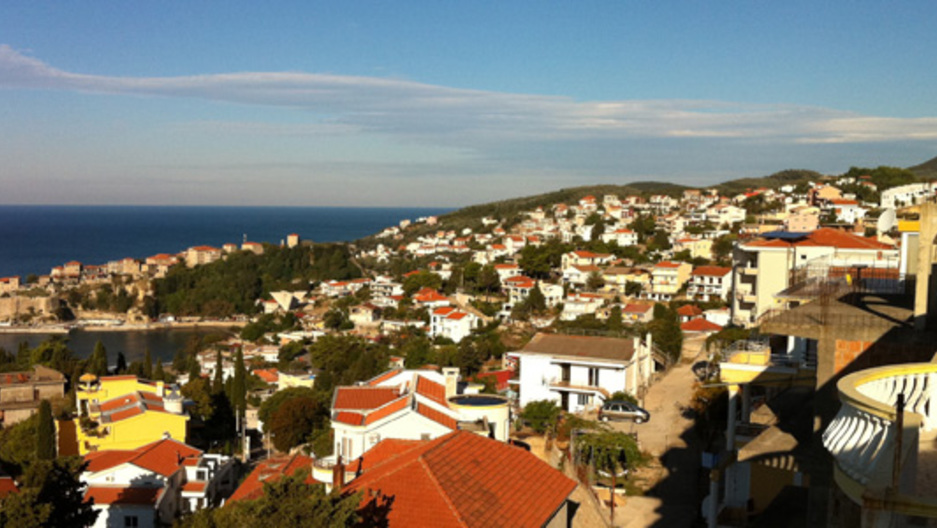 Share
The place we asked you about in today's Geo Quiz is a resort town on the Adriatic coast. It's not as well known as other spots on the Adriatic such as Dubrovnik and Budva. But it does have a fascinating history that includes pirates and an African community that dates back centuries. The answer is the Montenegrin town of Ulcinj. lcinj looks like a picture postcard. On this afternoon small waves splash against the rocky shore as fisherman bring in their afternoon catch. Ulcinj is a sleepy seaside resort city in Montenegro; 500 years ago, though, Ulcinj had a different reputation. "It was like a city of pirates," said Driton Abazi, sitting at a beachside café. He said maritime piracy turned Ulcinj into a melting pot, with people coming from many different countries. If you believe the local legend, Spanish writer Miguel de Cervantes spent several years as a slave here during the 1500s. Cervantes is said to have named Don Quixote's muse, Dulcinea, after the Italian name for Ulcinj, Dulcigno. While's there's no evidence that Cervantes was in Ulcinj, there is a legacy of slavery here; African slavery. Resit Kastrati is a local fisherman with a common Albanian name. He's also one of Ulcinj's very few black residents. Kastrati said his ancestors came here as slaves about 400 years ago, and they eventually integrated into the predominately Albanian community. By the 1870s, about 150 black families lived in and around Ulcinj. Now it's just Kastrati and his ailing mother. The black population declined dramatically after World War II, with death, intermarriage and emigration taking their toll. But Kastrati insists that racism wasn't a factor. "Ulcinj is a special city," Kastrati said. "There is no racism here." Kastrati, the son of a white Kosovo Albanian man and a black woman from Ulcinj, doesn't see himself as belonging to a particular group. He refers to himself simply as "crnac," or black man, in Montenegrin. That gets him a lot of attention here in Ulcinj. In fact, Kastrati said people here have treated his family like a mascot. He said that he likes that because it's not about skin color. He sees it as recognition of his family's place as one of the oldest in town, a family that's made a lot of contributions. Kastrati's friend, Mensur Kaleziq, who owns a local bar, said cultural tolerance comes naturally in Ulcinj. "Nobody is from here," Kaleziq said. "Maybe everyone is from Arabia or Albania or mixed." Kaleziq himself is Arab Sudanese and Albanian. According to him, Ulcinj embraces its diversity more than other places in the Balkans. "This city is always different — not like how people think. Everybody respects from where you are from." Ulcinj recently became a little more diverse. Two of the newest additions to the city's pro basketball team, KK Ulcinj, are African-Americans. Rickey Young, who formerly played for West Virginia Tech, said that they were surprised by the reaction they got in Ulcinj. "Where we're from, there's a lot black people, a lot of white people. You get here, you're like the only black face they see," he said. "They're pretty excited to see us." This summer, KK Ulcinj signed Young and Paul Kirkpatrick, who played at Howard University before a brief pro stint in Morocco. According to Kirkpatrick, while the reaction here is friendly, it occasionally borders on the offensive. He said people will sometimes stop their cars and turn around on the street. "People just yell out our names 'Black man,' everything, the N-word," Kirkpatrick said. " Yeah, they say the N-word a lot." Rickey Young added that took some getting used to. "When I first was hearing it, I was like, 'What did you just say?' But they don't really understand where the word comes from. They hear it on TV. They see black people call other black people the N-word, and they're getting like the wrong portion of it over here," Young said. "You can't get offended because they don't even understand what they're saying. It's kind of awkward." Still, Resit Kastrati, one of Ulcinj's last black residents, said all the attention he receives comes from a fundamentally positive place. "I wouldn't stay here if it weren't like that," Kastrati said.