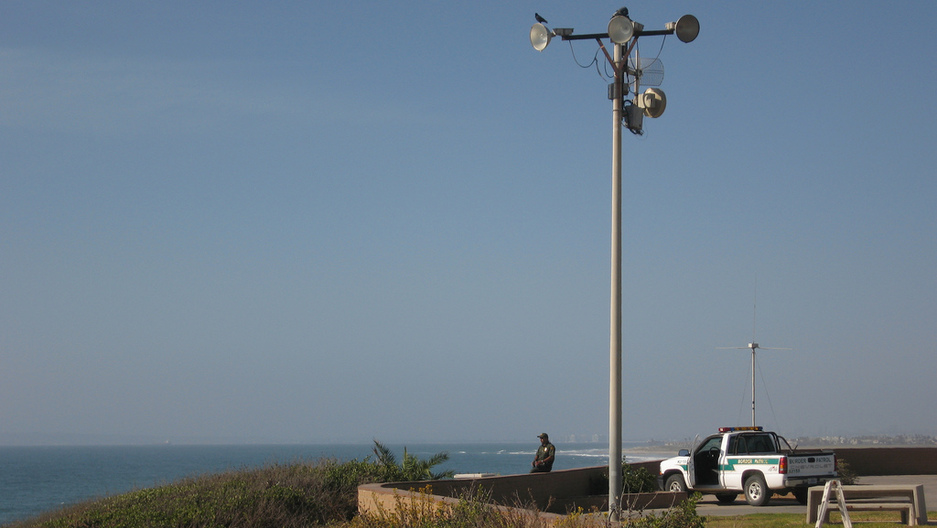 A U.S. Border Patrol Agent watches over the border along the beach near San Diego. The down economy and tighter enforcement have lowered net migration from Mexico to practically zero. (Photo by Flickr user Jamie Lantzy, cc-by-sa.)

The stagnant American economy, especially when it comes to finding jobs, has effectively lowered net migration to the United States from Mexico to zero.

While some migrants, both documented and undocumented, continue to make the trek to the United States, an effectively equal number are returning to Mexico. Migration to the U.S. from other countries is also lower than any time recently.

"Data from the census in Mexico and many other polls we conduct here shows a decline in the out-migration flow, in net terms," said Juan Carlos Calleros, a researcher at the Center of Immigration Studies in Mexico. "That appears to be linked to the bad economy in the United States."

Calleros' studies also show a stark decline in migration of other Central Americans to the United States.

Gustavo Arellano, managing editor with OC Weekly and author of the syndicated column Ask a Mexican, said the economy is certainly a factor, but that Republicans' political actions — specifically reducing the government-supplied benefits available to Americans — are making the U.S. a less desirable destination for people from the developing world.

"Coming into this country illegally" is no longer easy," Arellano said. "Now it costs thousands of dollars and you have to deal with immigrant smugglers...it's something you really don't want to do."

Arellano said that migration between the United States has always been cyclical — dating back at least 150 years. With the down economy, people are less likely to think they can improve their lot in life in the United States. That especially, but also coupled with the more difficult challenge of getting into the U.S. has slowed the tide.

But when the economy returns, Arellano said, the migration patterns will pick up again.

"If you can't feed your family, you're going to do whatever you can to get into the United States," he said.