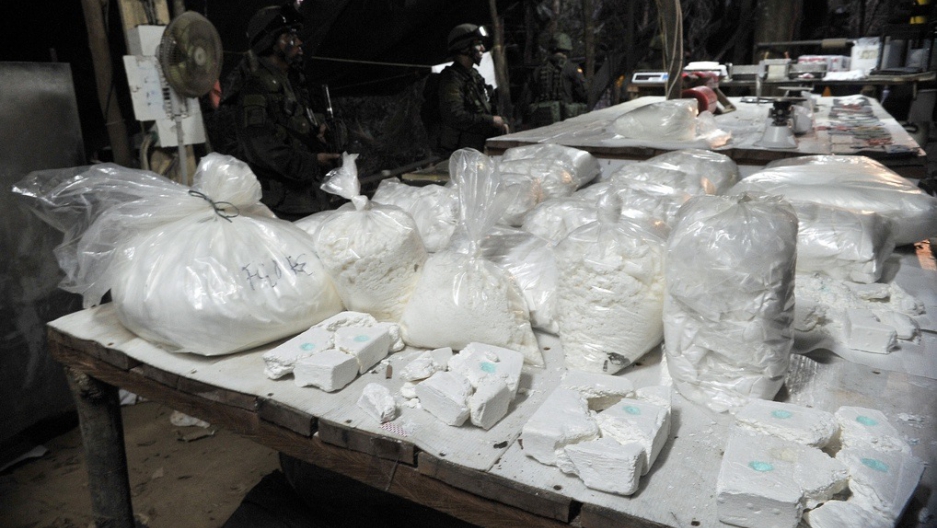 Why can't you buy this at your local pharmacy?
Credit: Guillermo Legaria
Share

Legalization used to be the rallying cry of stoners alone. Not anymore.

In Latin America, leaders seem to be reaching a new consensus about the drug war: it has failed, and it's time for a new solution.

Most say that foreign demand for cocaine and marijuana is the underlying problem.

If American, Europeans and others stopped buying the drugs, the vast black-market for the trade wouldn't exist. The drug traffickers wouldn't be able to charge huge profits, and they wouldn't be able to afford the massive weaponry and build the network of informants, enforcers, dealers and mules that allow them to sustain their production and distribution supply chain.

But you can't exactly presto demand away. Unless, the reasoning goes, you just legalize the drugs. Sell them over the counter for a reasonable price. Undercut the illegal market. Give the farmers who grow the stuff good jobs, free of fear, and give governments a share in the drug profits by taxing them.

It's by no means a perfect solution.

But the fact that two of the more influential presidents in the region — whose countries have been some of the most affected by the drug violence that has escalated amid the cartels' growing power — gives the idea new credence.

President Felipe Calderon recently suggested that legalizing marijuana might be worth considering.

During his speech at the United Nations in September, he said:

“We are living in the same building. And our neighbor is the largest consumer of drugs in the world. And everybody wants to sell him drugs through our doors and our windows. ...If the consumption of drugs cannot be limited, then decision-makers must seek more solutions — including market alternatives — in order to reduce the astronomical earnings of criminal organizations.”

Calderon would hardly seem like a poster-child for legalization. He came into office in 2006 and declared war on the drug cartels. His aggressive crackdown unleashed a spate of violence so extreme that Mexico has become synonymous with the drug war. An estimated 40,000 people have been killed, and that's likely a conservative estimate. Many deaths have been gruesome, photographed and distributed to warn snitches, or journalists, or bloggers. Whoever the cartels feel like targeting any given day.

But he's not the first Mexican president to reach that conclusion. Ernesto Zedillo and Vicente Fox, his last two predecessors, also pushed for drug-policy reform. After they left office, which suggests how unpopular that idea was then.

And in Colombia, President Juan Manuel Santos took things a step further recently when he suggested in an interview with UK weekly Observer that it's time for a fresh approach to the drug war.

He said: "I might consider legalising cocaine if there is a world consensus because this drug has affected us most here in Colombia. ...A new approach should try and take away the violent profit that comes with drug trafficking… If that means legalising, and the world thinks that's the solution, I will welcome it. I'm not against it."

He's not exactly a dove, either. His government has fought aggressively against the cartels. Just last week, Colombian forces killed FARC leader Alfonso Cano in a bombing raid, in a massive blow to the guerilla movement that has plagued Colombia for decades.

Still, Santos also was quick to say that he wasn't about to start a legalization crusade, saying he'd be "crucified" for it.

So he knows what it means when he makes statements like this:

"Yes, I know, and I'm conscious of what this means. I've told President Calderón [of Mexico], 'You and I have a lot more authority to talk about this because our countries have spilled a lot of blood fighting drug traffickers and we should promote this discussion."

It's unclear what would or could happen next. The US is firmly opposed to legalizing marijuana, so much so that federal authorities have cracked down on dispensaries and growers, set up ostensibly to supply the drug for medicinal purposes. The White House also clarified its position recently, stating that it does not support legalization, mostly because it isn't good for you.

Imagine the federal government's reaction to legalizing cocaine. It's a non-starter.

Still, the US may not be the most powerful voice on this issue any more. Its influence remains strong in Latin America in part because it invests millions in anti-drug money and training for security forces to combat the cartels.

If these countries lose patience with the battle, as it seems many are doing, or have done, that could change the power dynamic significantly.