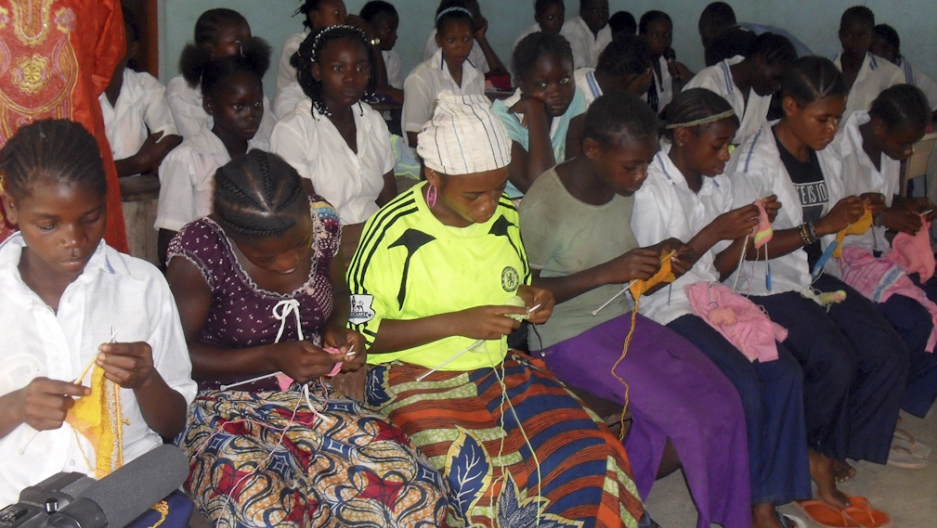 Pygmies knit in a school in Impfondo, Republic of the Congo, on March 15, 2011. Officially, the Pygmies make up 10 percent of the country's total population, which is estimated at 3.6 million. They are traditionally nomads who live in the vast forests of central Africa.
Credit: Laudes Martial Mbon
Share

Pygmy groups in the Congo are being exploited by the country's ethnic Bantu people, and are treated like "pets" and sometimes even subject to slavery, according to a Congolese human rights group.

The Congo's indigenous pygmies "are considered by Bantu people as property in the same way that... pets are," Roch Euloge Nzobo, program director at the Congolese Human Rights Observatory (OCDH), told Agence France-Presse.

More from GlobalPost: Uganda: Ulterior motives in US, LRA fight

AFP said researchers spent five years studying relations between the pygmies and Bantu people, under a project financed by the EU.

Pygmies, known for being unusually short, are in danger of extinction in Congo, and suffer discrimination and exploitation, according to the report. They make up about 10 percent of the country's population of 4 million.

"The accounts we got show that some slavery is well and truly alive in Congo among its indigenous people," the report by OCDH said, according to AFP.

In February Congo introduced a law aimed at protecting the rights of pygmies. This makes the Congo the first country in Africa to provide legal protection for indigenous peoples, UN news agency IRIN reported.

"The law mandates punishment and fines against anyone who uses indigenous persons as slaves," Nzobo told IRIN.

According to an in-depth report by IRIN:

"The pygmies of Central Africa are a vulnerable people, and discrimination is part of their daily existence. Their marginalised status means they are likely to require more support than other citizens to claim their right to ancestral lands...Without land or independent means of sustaining themselves, many pygmies live in extreme poverty."

A 2008 report by the US State Department on human rights in the Republic of the Congo said that "pygmies usually were considered socially inferior and had little political voice; however, in recent years several Pygmy rights groups have developed programs and were actively focusing on these issues."