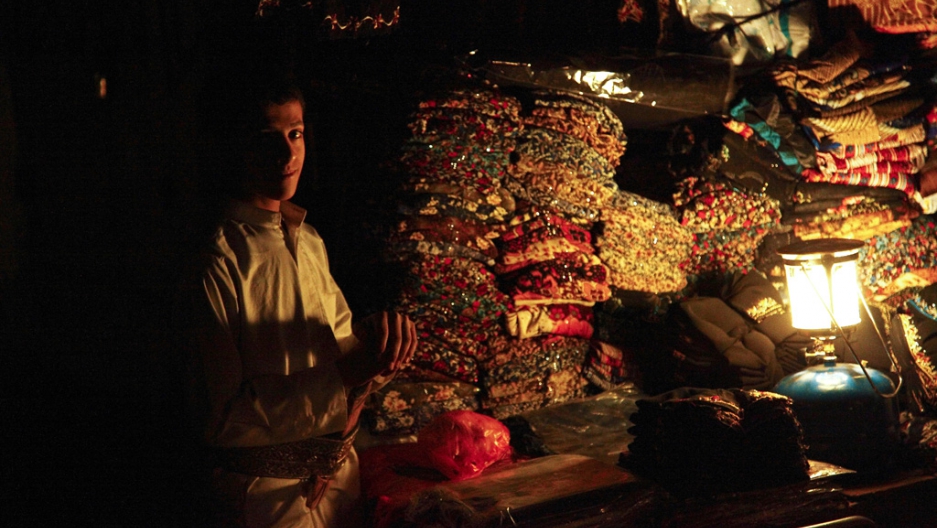 A boy keeps a market stall in Old Sanaa during an electricity cut. Residents of the capital say power supply has fallen to just one hour a day.
Credit: Hugh Macleod
Share

Too afraid to take his wife and children out and about on the streets of the capital for fear of getting shot at by the warring tribes and troops battling over President Ali Abdullah Saleh, staying at home isn’t much fun either.

"After the children come back home from school they feel like they are imprisoned,” Maktari told a GlobalPost reporter. “Because we have no electricity, we have no TV and no computers. This is the life we are forced to live under."

Yesterday thousands of protestors gathered in front of a UN building in Sanaa, demanding international help to get the electricity turned back on in their beleaguered country, the poorest in the Arab world, now locked in a crippling political vacuum by a president who refuses to step down and where angry tribes often register their displeasure at central government by blowing up power stations.

With fuel prices soaring by 130 percent since September, very few Yemeni families can afford to either buy or run generators, turning instead to candles which have doubled in price over recent weeks as families stock up for winter.

And in the western port of Hodeida, medics report at least nine people have died in hospital recently directly due to their life saving machines turning off during the extended blackouts.