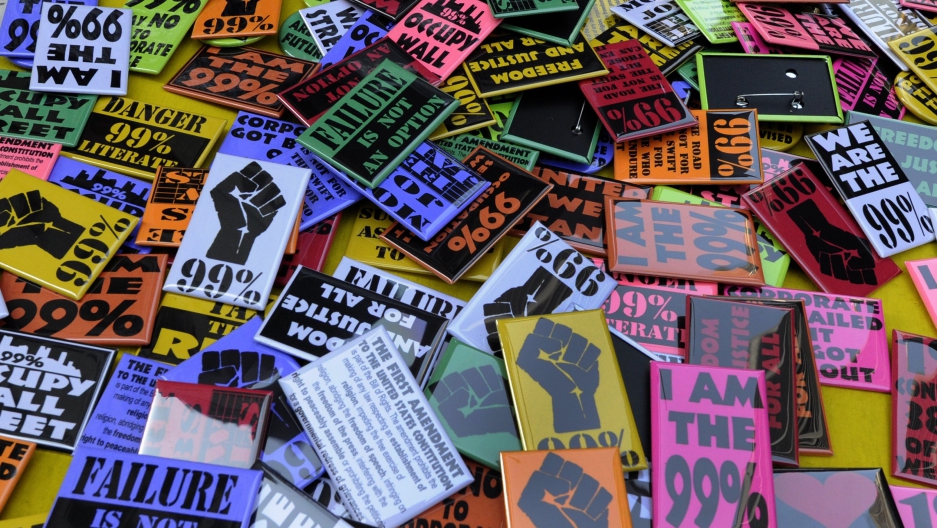 Occupy Wall Street protesters and police clashed at UC Berkeley on Wednesday, when the Occupy Cal encampment was established on campus, the Los Angeles Times reported.

Police in riot gear pulled people off the steps of the university’s main administration building late Wednesday night, nudging others with batons, the Associated Press reported. The crowd chanted in response, “We are the 99 percent! Stop beating students!”

According to the student newspaper, the Daily Californian, 39 people were arrested on suspicion of resisting and delaying a police officer in the performance of his or her duties and failure to disperse when given a dispersal order. It was also reported that protesters from Occupy Oakland joined Occupy Berkeley during the spat with the police.

“We, the UC Berkeley general assembly, hereby establish an encampment on the UC Berkeley campus in order to … help the university become what it always should have been: open and free to all,” according to a proposal adopted by the protesters, the Daily Californian reported. “We disagree with the idea that this university and this land are the property of the UC Regents, the vast majority of whom hail from the 1 percent.”

The latest Occupy encampment was approved in a nearly unanimous general assembly vote by the protest’s participants, the Daily Californian reported. The movement showed solidarity with Occupy Wall Street but focused on the increased privatization of the UC system.

But conflict arose when the university told students they could remain where they were for a week, as long as no tents were pitched or any other items, such as stoves, were present to suggest they were sleeping on the grounds, the AP reported. The protesters voted not to comply with the demand and continued to set up camp.

Campus police then dismantled the small camp set up near Sproul Hall. The students arrested later in the night had pitched tents again, despite police warning.