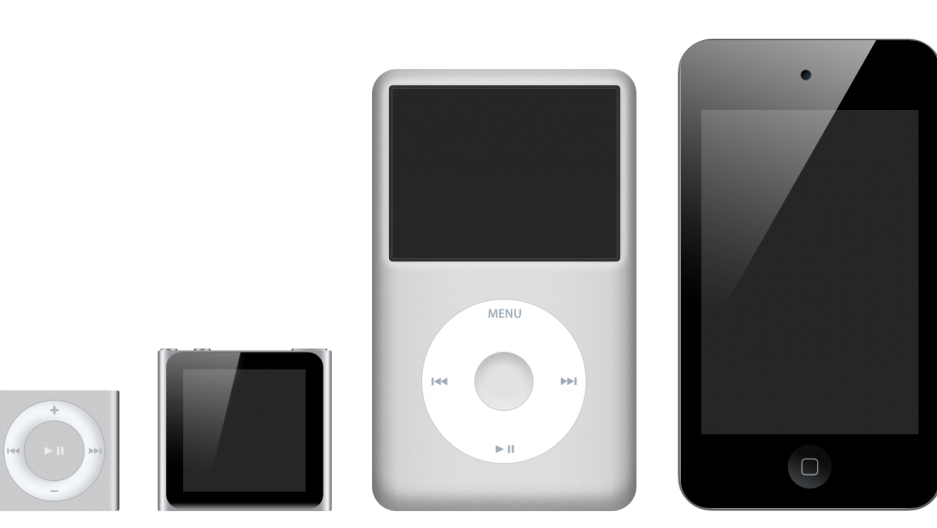 The current family of iPods. (Photo via Wikimedia Commons.)

Today marks the 10th anniversary of the iPod.

More than 300 million have been produced and sold as of October, according to Apple.

"Steve Jobs was able to transform whole industries by putting inventive things together, and the iPod is the best example," he said.

And he did it in a beautiful way.

Just the fact that today can even be the 10th anniversary of the iPod is a tribute to Jobs. In mid 2001, Jobs said the iPod would launch before Christmas. Most of his colleagues told him it would never happen, but it did.

"He bent reality and did it. Could he have been kidner and gentler and sweeter in the process? Probably so. But when I asked him about it, he said that's not who I am."