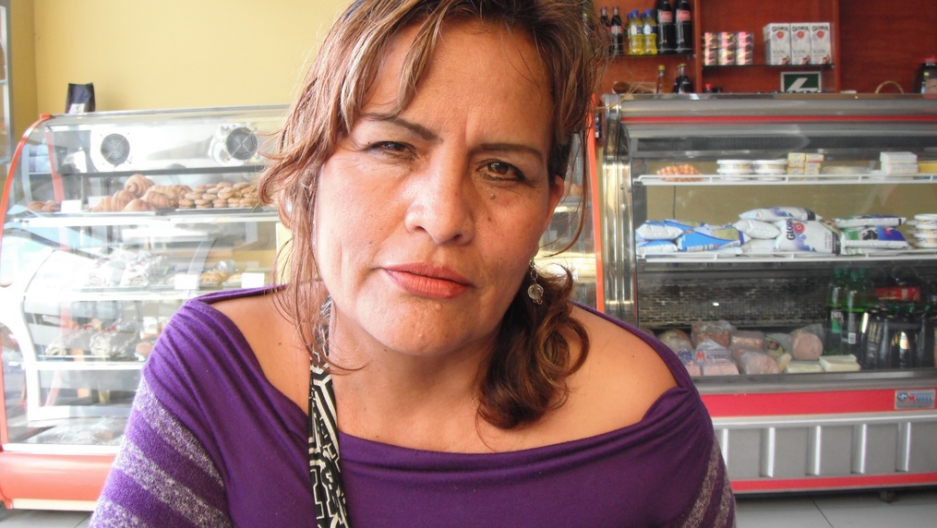 Victoria Vigo said doctors sterilized her without her knowledge. Human-rights groups say Vigo was one of many victims of a government plan to keep poor women from having too many children.
Credit: Simeon Tegel
Share

LIMA — Peru’s chief prosecutor has relaunched a criminal investigation into the forced sterilizations of thousands of poor and indigenous women, allegedly carried out by the government of disgraced former president Alberto Fujimori.

Human-rights groups claim up to 300,000 people, typically from rural areas, often illiterate and predominantly Quechua-speaking, were sterilized against their will during Fujimori’s presidency from 1990 to 2000.

Originally begun as a government initiative to help eradicate poverty, the practice is thought to have been one of just two cases anywhere in the world of forced sterilizations being adopted as state policy since Nazi Germany, said Alejandra Cardénas, of the Center for Reproductive Rights, in New York.

The investigation is the latest of several attempts across Latin America to seek justice for abuses committed by authoritarian governments. Last month, Uruguay’s congress voted to lift an amnesty protecting members of the country’s rightwing dictatorship from 1973 to 1985. And the Brazilian congress has also launched a truth commission to investigate the country’s 1964-1985 military dictatorship. Meanwhile, Argentina continues to try alleged torturers and killers from its military dictatorship of the 1970s and 1980s.

In Peru, the investigation centers on the case of Mamérita Mestanza, a 33-year-old mother of seven who died from complications from sterilization surgery that health officials allegedly harassed her to undergo. The case had been shelved in 2009 after it was decided that the statute of limitations had run out.

But last week the office of Peru’s attorney general, José Peláez, informed the Inter-American Commission on Human Rights that it was reopening the case and reclassifying the sterilizations as a crime against humanity, effectively removing the time limit for a prosecution. No official explanation was given but the new government of President Ollanta Humala has been highly critical of Fujimori’s record of corruption and abuses.

The news was greeted with cautious optimism by human-rights lawyer Silvia Romero, who urged prosecutors to focus on establishing the guilt of Fujimori and his three health ministers: Eduardo Yong Motta, Alejandro Aguinaga and Marino Costa Bauer.

There was “direct control” from the presidency over the sterilization program, Romero told GlobalPost. “There are obviously more people involved, but we think it needs to be a very specific, concrete investigation.”

All three former health ministers have, at different times, denied the compulsive nature of the sterilizations. Aguinaga, now a congressman for the Fujimorista party Fuerza 2011, did not respond to GlobalPost’s requests for comment.

Fujimori is currently serving a 25-year jail sentence for embezzlement, and for authorizing death squads during his rule. But the sterilizations are just one of a series of other alleged human rights abuses during his presidency over which he has yet to be formally accused.

But human-rights groups sounded the alarm about doctors being pressured to meet quotas, and patients being bullied and tricked into undergoing procedures.

Eventually, the regional human-rights commission became involved, and in 2001 oversaw a settlement between the Peruvian state and Mestanza’s family that included a $100,000 compensation payment. However, the commission also instructed Peru to bring the perpetrators to justice — a ruling with which the country has yet to comply.

Victoria Vigo, 49, told GlobalPost that her fallopian tubes were severed without her knowledge during a Caesarian procedure in a public hospital in the northern city of Piura in April 1996. The mother of two only discovered the news by accident, after overhearing a conversation between two doctors.

“My daughter was premature and died a few hours after birth,” she told GlobalPost. “I was devastated, of course, and wanted to go home. One of the doctors tried to comfort me by telling me that I was still young and could have more children. But then I overheard the doctor who carried out the operation telling him that that would not be possible, as he had sterilized me.

“He had even omitted it from my clinical notes. He knew what he was doing. I could have gone on trying for years and years to have another child without even knowing that I had been sterilized. I felt mutilated, completely violated. What kind of values does a person like that have?”

In a state of shock, Vigo went home without confronting the doctor. She eventually sued him and in 2003, won $3,500 in compensation, in one of the rare cases that has so far come to court. During the trial, she said, the doctor argued that he had simply been obeying orders, and that the sterilization was official policy.

The sterilizations arguably helped swing the result in June’s presidential elections away from the former leader’s 36-year-old daughter, Keiko. On the campaign trail, Fujimori, who ran on her father’s legacy, was ambivalent about the sterilizations. She apologized to the victims, yet insisted that the procedures were carried out by individual “bad” doctors.

The issue dominated the news in the final days before voting, and Fujimori narrowly lost, despite having led the polls for the previous six weeks.

Vigo said she hoped that Alberto Fujimori and the other members of his government whom she believes devised the policy will finally be brought to trial. “I voted for him twice,” she said.

“He did good things as a president. I looked up to him, like a daughter to a father. And what he did to me was the worst kind of abuse of trust.”