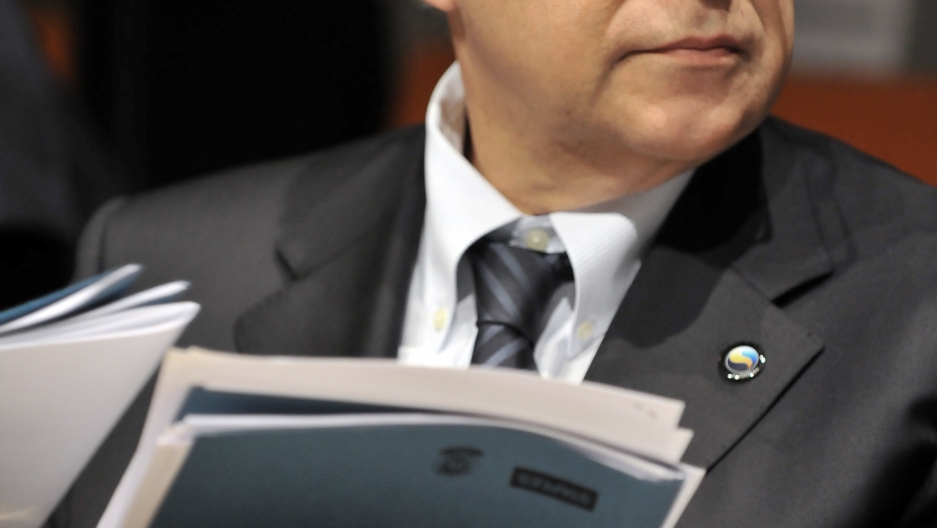 Negotiations revolving around Greece’s next prime minister seem to be coming to an end, with a source telling Reuters European Central Bank Vice President Lucas Papademos is ready to take on the job.

As Greek party leaders scramble to fill the prime minister seat left vacant by George Papandreou, the ruling socialist party seems to have agreed on Papademos and are still ironing out the details, Reuters reported.

Bloomberg also reported on Tuesday that Papademos was ready to take the prime minister job, based on reports from state-run NET TV and To Vima newspaper. Papandreou told his ministers to prepare to resign soon, spokesman Elias Mosialos said, Bloomberg reported.

Still, there has yet to be any official word from Papademos on whether he will accept the job. Andrew Simmons of Al Jazeera also cited ‘unconfirmed reports’ that Papademos has agreed to take the premier seat. If Papademos takes the seat, it will be only 105 days before the elections between the two opposing parties.

Greece’s economy has fallen apart since joining the euro zone two years ago. The government’s next mission will be to implement a European summit decision on austerity measures from Oct. 26, Bloomberg reported. International pressure is coming down on Greece to figure out its political problems in order to push through their economic situation.

Papandreou agreed to resign on Sunday after a tumultuous week of calling off the referendum and then winning the confidence vote on Friday. His next goal is to built the interim coalition government which is faced with the task of approving the EU bailout to avoid bankruptcy, BBC reported.