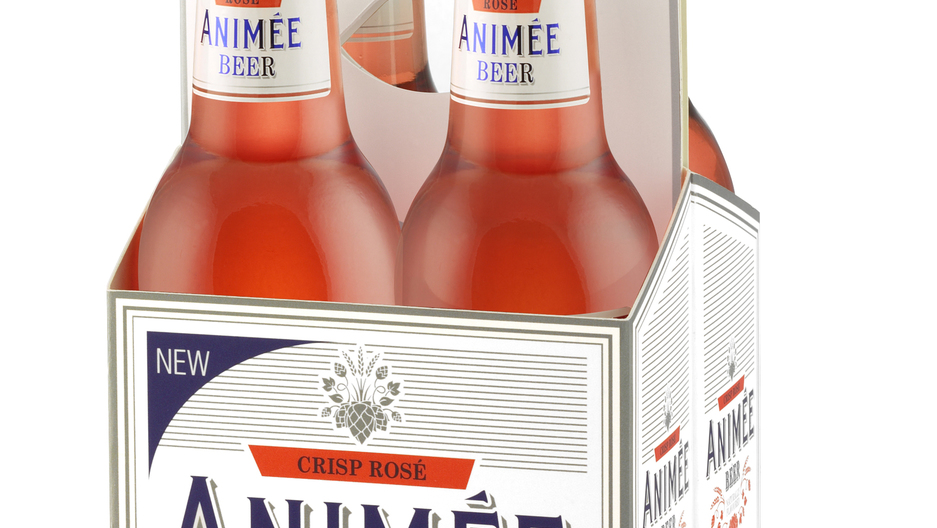 Share
Take just about any Friday night in London. The pubs are packed. Men and women squeezed into cramped, dark rooms to down their favorite bevvies. They drink together – but they don't drink the same thing. At least that's what statistics say. "One of the challenges we have in the UK is that only 17 percent of beer here is drunk by women" said Molson-Coors representative, Kristy McCready. Her company has just launched Animeé beer. A beer for women. Explaining how beer companies haven't appealed to women, McCready said "We've done one of two things when it comes to women and beer, we've either ignored them completely or we've very much patronized them by making them sex objects in adverts. So we have three flavors, there's a clear filtered version, there's a lemon flavor and there's a rosé version." Rose – as in Pink, pink … beer. Like pink roses and bubble gum and candy floss. McCready says that her company surveyed thousands of women in the UK who said they wanted a beer that was less filling with a less bitter taste. And they wanted more stylish branding. Animeé is sold in a delicate four pack. And the calorie count – a mere 101 — is shown prominently on the label But buying Animeé — at least at first — may be a daunting experience. In a local supermarket, a man behind the cash register held up my Animeé beer and stared at it. I said "It's a pretty color isn't it? And he asked if that's why I bought. I told him, "Yes, I bought it because it was pink." He burst out in fits of laughter. Well, he's a man. Animeé isn't for him. So in the interest of science, a group of Londoners – all women – offered to do a very unscientific taste test. One taster said, "It's very sweet. Tastes like lemonade with a bit of beer. Another taster said, "It still smells like beer, which I don't like, for taste, it doesn't taste like an awful lot actually. And another female taster said "you know what it reminds me of? Alcoholic bubble bath. It's like a very gentle mouth wash." Well, to be fair, that was just the rosé. There are two other flavors of Animeé beer. But the taste isn't the only potential drawback. Analysts say women aren't thrilled being sold "girly" products. Alcoholic drinks industry analyst Spiros Malandrakis said that branding beer for women has been done before with mixed results. "The problem with many of these launches in the past has been the very patronizing character many companies adopted," Malandrakis said. "It was very pink, definitely feminine approach. So in many cases it has kind of backfired." The makers of Animeé are hoping that in this case, pink doesn't equal patronizing.