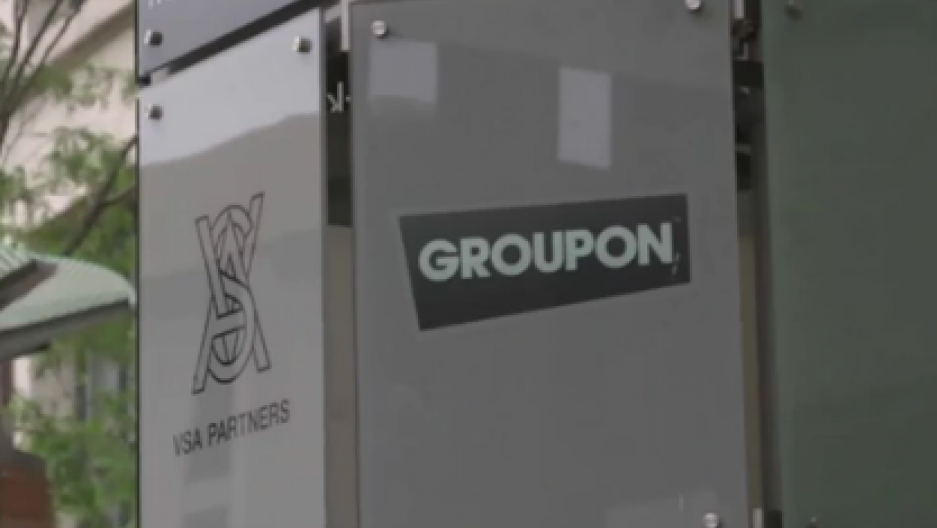 Groupon's IPO on Friday was the largest for an Internet company since Google in 2004. (Photo from NY Financial Press video.)

On Friday, Groupon finally completed its initial public offering of stock and raised more than $700 million.

That was enough for the company, which sells coupons for good and services at deep discounts all across the country, to be the largest Internet IPO since Google raised more than $1 billion in 2004.

Groupon had to raise the value of its offering because of extreme interest. The company is valued at between $12 billion and $13 billion.

The remaining question is whether Groupon can continue to thrive as pressure mounts from start-ups, like Google and Amazon, from local media operations, like Gannett's DealChikcen, and from pure-play digital companies like Living Social, all of which are hoping to take a sizable chunk out of Groupon's revenue.