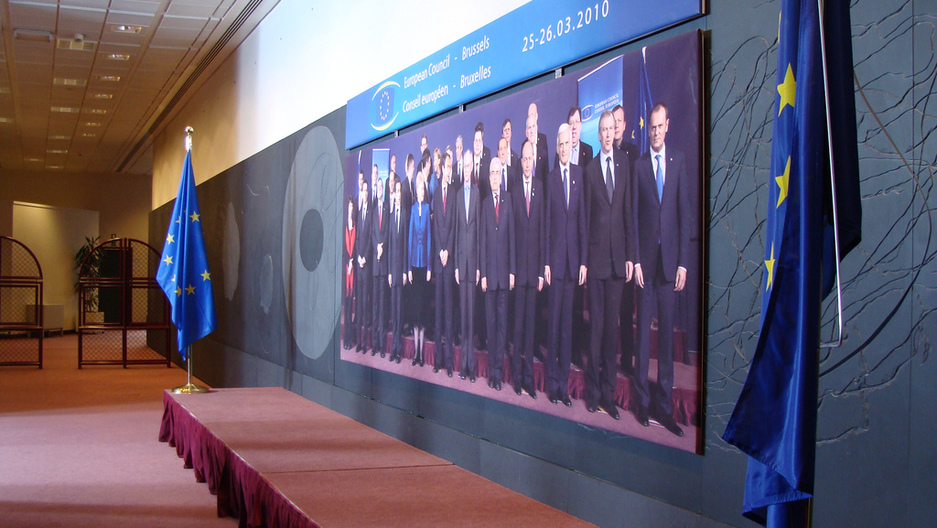 Beleaguered Greek Prime Minister George Papandreou, long a symbol — for the Greek people at least — of the problems the country is going through, is out as the debt-saddled nation's leader, the BBC and the New York Times reported Sunday night.

Papandreou's resignation comes after political leaders agreed to create a coalition government in Athens. The next prime minister is expected to be chosen on Monday, the BBC said.

This government is expected to serve in a mostly care-taker role, with one big caveat. They will — and must — approve the terms of the European Union bailout that will allow the Greek government to continue operations and service its debt. Few other details have been revealed.

According to the Times, the deal should pave the way for the debt deal to be approved and to break the political stalemate that has roiled stock markets and imperiled the nation of Greece.

"The agreement in Greece could not have come soon enough for its European partners, who have pressed the country hard to forge a broader political consensus behind the debt deal," the Times wrote.

With the Greek financial house now in order, attention in Europe now turns to Italy, which is being viewed as increasingly vulnerable to many of the same forces that have bothered Greece.