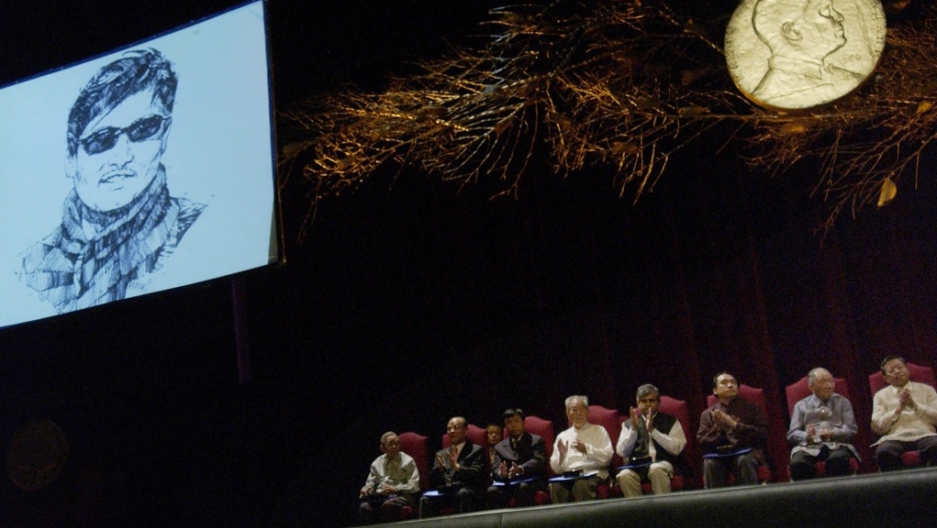 TAISHAN, China – US Ambassador Gary Locke is quietly pressuring the Chinese government on a high-profile human-rights case, acknowledging he had lodged a complaint over the extralegal home detention of blind lawyer Chen Guangcheng.

“We are very concerned about his treatment and, for instance, the reports his daughter was not allowed to go to school. Although he's been freed, he is still under severe restrictions on his movements,” Locke told GlobalPost in a private interview Friday. He said the Chinese government has not yet responded to the letter he sent in September.

Chen was released last year after more than four years in prison but remains under house arrest, without charge, and has reportedly suffered beatings in captivity.

Since Locke sent the letter, Chen’s 6-year-old daughter has been allowed to leave her home to attend school, under guard.

The ambassador, who arrived in Beijing in August, added his voice to the chorus calling for China to ease its extreme treatment of the self-taught lawyer, who is known for exposing forced abortions in his hometown in Shandong province.

Chen has become a galvanizing figure for those concerned with human rights and with the growing clampdown on free expression in China. Dozens of activists, journalists and diplomats have tried to visit Chen in recent months. They have been chased away, beaten and robbed by gangs of thugs who stand 24-hour guard around Dongshigu village.

Still, the visits and support continue, with many referring to it as “adventure tourism” in Shandong.

In recent weeks, thousands of users of Sina Weibo, China's micro-blogging service, have changed their photo icons to pictures of themselves wearing sunglasses in solidarity with the blind lawyer, who wears dark glasses. This week, iconic artist and government critic Ai Weiwei posted a photo of himself in shades to support Chen. Earlier this year, Ai himself was arrested and disappeared for three months over what he says is a fraudulent tax bill.

Chen, who turns 40 in the next few days, is a self-taught lawyer who ran afoul of authorities in Linyi, in Eastern China’s Shandong province, for exposing forced abortions of local women targeted by local officials under China’s one-child policy. After multiple run-ins with the law over his human-rights work, he was sentenced to prison for "damaging property and organizing a mob to disturb traffic.”

Since his release in 2010 Chen has been unable to leave his village or even his home. Last year, he and his wife managed to smuggle out a video detailing their lives in their home prison. After the video aired worldwide, Chen was reportedly beaten repeatedly.

This week the US Congressional-Executive Commission on China, which monitors human rights and rule of law, held a hearing on Chen's case in Washington, D.C.

"Enough is enough. The cruelty and extreme violence against Chen and his family brings dishonor to the government of China and must end," said Representative Chris Smith, chairman of the commission. Smith wants to organize a US delegation to visit Chen at his home.

Jerome Cohen, co-director of New York University School of Law's US-Asia Law Institute, wrote in an op-ed in The Wall Street Journal last week that Chen’s case illustrates the serious problems China’s leadership has created for itself in stifling dissent at home.

“As calls for the government to explain its extra-legal punishment of Mr. Chen grow, the possibility of a tragic confrontation is worrying. However, this bottom-up pressure is the most significant new development for Chinese legal reform in years,” said Cohen, who is considered the pre-eminent scholar on China’s legal system. “There is a chance that Mr. Chen's cause could become a monumental struggle for freedom and justice in China," wrote Cohen, who also testified at the hearing in Washington.

For Locke, quiet diplomacy on human rights has been a regular part of his portfolio in China. Shortly after he took up the post, Locke met with an American citizen imprisoned in China for his role in the sale of an oil database to a US company.

“He was convicted of violating the state-secrets law for simply downloading material that was readily available on the Internet,” the former US commerce secretary said in the interview.

“We have been meeting with a lot of organizations and representatives of activists and organizations that are concerned about human rights,” Locke told GlobalPost. “That's of great concern to me and to the administration, so we have plans to reach out to many of the activists.”