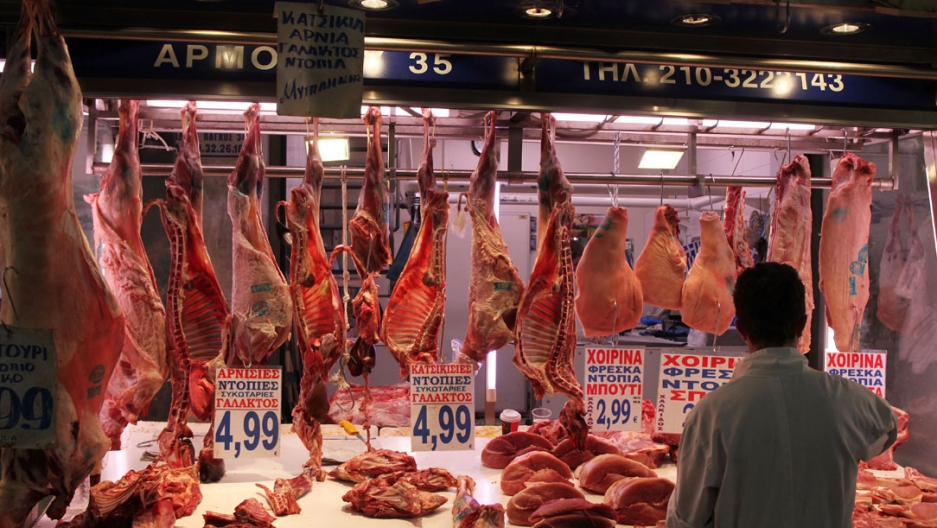 Meat is displayed for sale on a stall in the market in the city center of Athens.
Credit: Matt Cardy
Share

A woman shopping for cold cuts in Germany got a little more than she bargained for she was inadvertently handed a bag containing more that 2,000 euros instead of what she usually gets, reports Reuters.

The 79-year-old who usually pays five euros for a package of cold cuts and veal steaks from her local butcher in Braunschweig, Germany, was surprised to find the 2,000 euros when she opened her package at home.

"I was completely flabbergasted," she said. She tried to call the butcher shop, but the shop had closed. She then called the police, who returned it.

Here's the butcher shop's story: The owner had packed the day's take into a paper bag, and put it next the cash register. An employee mistook it for the cold cuts and handed it to the woman.

She received a 100 euro reward and a free basket of sausages.