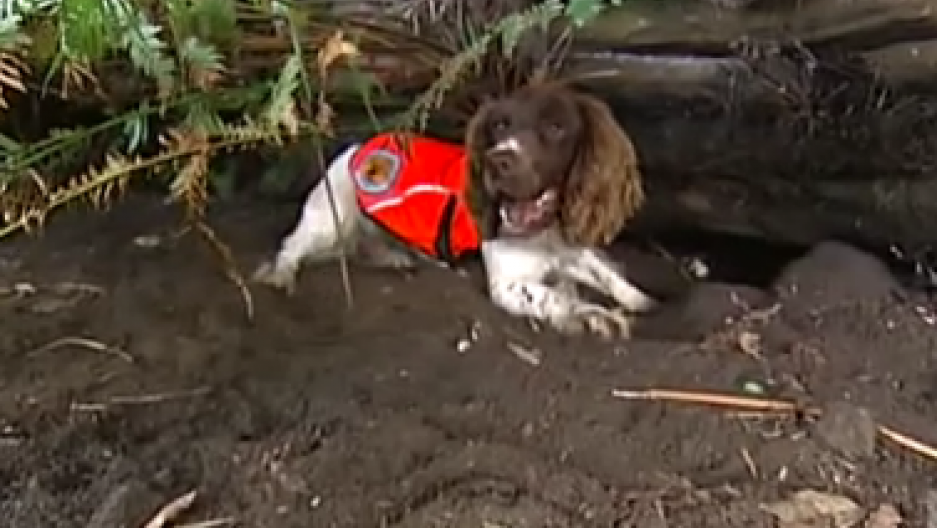 Eco, an English Spring Spaniel in Australia, has been specially trained to help conservationists find the endangered Little Penguins near Sydney, Australia.

In New South Wales, the Little Penguins are disappearing.

There are about 60 breeding pairs left in the areas around Sydney, but conservations aren't sure the exact number, nor where they are. So scientists are turning to one of the penguin's biggest threats to actually help save the day.

Meet Eco. Eco is a young English Springer Spaniel that has been specially trained to find and alert to the endangered birds, but not attack them.

"It's just making her understand that penguins are not to be touched," said trainer Steve Austin, "and it's something to be alerted to. And the reward (throwing a tennis ball) only comes when she alerts."

Finding and conserving the birds is so diffcult, ranger Melanie Tyas said, because they stay hidden in burrows and crevices in rocks during the day and only come out at night. With the help of eco, rangers can find the birds, tag them if necessary, and get a better handle on where the local population lives and whether the population is stable or declining.

"We don't know the full extent of the population or where all the birds are," Tyas said.

This is a pilot program, but it's shown signs of success. If it continues to go well, the hope is to expand the program to use dogs in projects to conserve other endangered species.