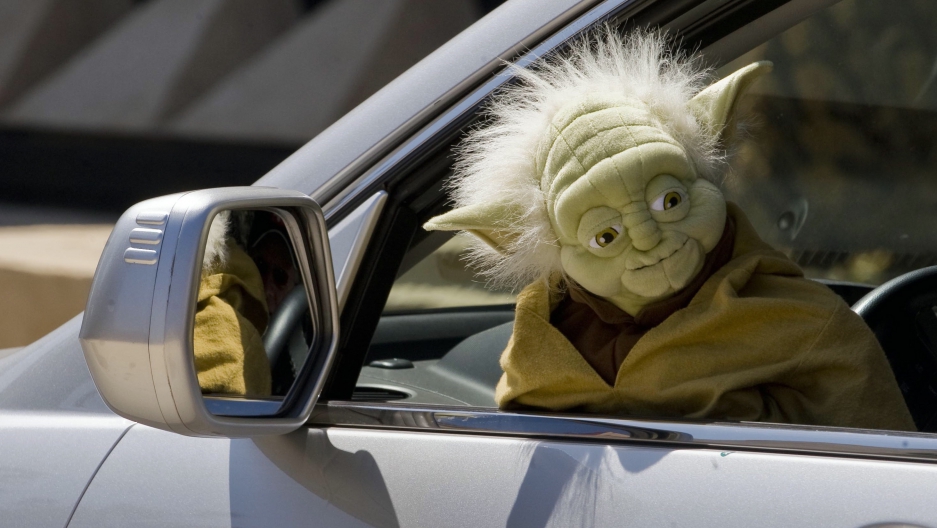 A 42-year-old man dressed as Yoda was arrested in Germany for a hit-and-run.
Credit: ALFREDO ESTRELLA
Share

Has Jedi Master Yoda turned to the dark side of the Force?

German police chased down a man after he committed a hit-and-run Sunday morning, only to find Yoda, the wise, green Master Jedi from Star Wars, behind the wheel, the Associated Press reports.

The arrested fallen Jedi was taken to a nearby police station where a blood sample was taken and his driver’s license was confiscated, UK’s The Sun reports. He was caught two minutes after the collision and believed to be intoxicated and coming from a Halloween party, the AP reports.

"The officers were especially surprised to see Grand Master Yoda at the wheel,” said a Darmstadt police spokesperson, The Sun reports. "The hapless Jedi returned home on foot. In this case, the force was not with him."

The Jedi Council has yet to comment on the matter.