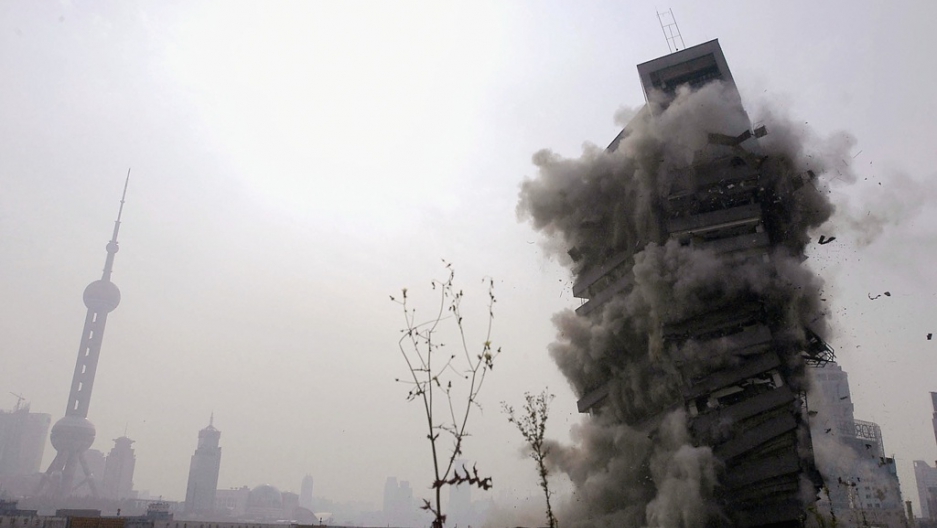 Editor's note: this article is part of our "Cracks in the Wall" series about the challenges facing China's economy.

BOSTON — China’s economic miracle is showing signs of faltering. Growth has slowed to 9.1 percent — still a ferocious pace for any normal country, but a relative slump for China. Meanwhile, the government has begun putting the brakes on lending, in an effort to tame inflation and avoid a serious bubble.

But now there’s evidence of real economic pain in China. In cities like Wenzhou, entrepreneurs have found themselves mired in debt — so hopelessly that some have gone into hiding or committed suicide.

To put the matter in perspective, we interviewed Dr. Victor Shih. An expert in Chinese politics and economy, Shih has been following the debt situation closely, and was among the first to warn of potential trouble ahead. An associate professor of political science at Northwestern University, Shih holds a Ph.D. in government from Harvard. (The interview has been condensed and edited by GlobalPost.)

GlobalPost: When we spoke over the summer, you warned that the public debt level in China -- including local and central governments, as well as state owned companies — held potentially staggering amounts of debt: between 80 and 150 percent of gross domestic product. At the low end, that's similar to France, which currently has a perfect credit score but is under pressure from ratings agencies. At the high end, it’s nearly as bad as Greece. Do you still stand by that assessment, and how have things changed over the past quarter?

Yes, the low end — 80 percent — would be government debt alone. If you include debt that state-owned companies hold that the government is potentially liable for, the number would approach 150 percent of gross domestic product.

Meaning that they get new loans to cover their old loans.

We're hearing that business owners in Wenzhou are committing suicide or going into hiding because they cannot pay their creditors. Many have borrowed from relatives and friends, or used their homes as collateral, so they're in big trouble both financially and socially. One woman who allegedly borrowed $45 million has now vanished. The situation has gotten so bad that Premier Wen Jiaboa recently paid a visit.

Are these debt problems happening elsewhere, and is it the beginning of a bigger problem — like a bursting Chinese credit bubble?

It is a serious problem, but I don't think for the moment that it is a systemic problem. First, informal lending — by private individuals or unregulated credit companies to private companies or individuals — is still relatively small compared to China’s entire financial system. And of course, there are different estimates as to how large this informal lending is. It ranges from 5 trillion renminbi to 10 trillion renminbi ($786 billion to $1.52 trillion).

We have to remember that there is as much as 70 trillion renminbi ($11 trillion) in China's banks. Moreover, this kind of lending tends to be relatively local, so while a cross-regional contagion is not impossible, the scale is not likely to be very large.

Is there a point at which rolling over loans will no longer be possible, or is that not a risk, because China — as a centrally-planned economy — can simply print money?

That poses a problem to the economy. Of course when you print money — which not only China but the rest of the world is doing these days as a way to deal with financial difficulties — you can bail out financial institutions. However, China constantly enlarges its monetary base, and that causes persistent inflationary pressure.

So instead of having a steep crash in the financial system, residents and taxpayers in China have to pay for these financial difficulties through an inflation tax in the foreseeable future.

Which will essentially erode their wealth through inflation.

Many of loans — on the order of $1 trillion, you’ve estimated — have been made informally, essentially by loan sharks or by the "shadow banking" industry. Why is this so prevalent in China?

It's prevalent because the banking system basically rations credit, channeling the vast majority of it to state-owned enterprises. That said, there's still a large and quite vibrant private sector in China. They're forced to seek financing some other way.

In the U.S. when debtors can't pay, they go to debtors court, declare bankruptcy, and they can got on with life. How are things different in China? Why are people jumping out of buildings?

But usually, they don't jump out of buildings. They go through the courts, as they do in the U.S. — of course, the courts are more corrupt, but the legal procedure is not that different from in the U.S.

Are there places other than Wenzhou where debt has become a problem?

A sizable informal debt bubble appears to be bursting right now in Ordos, Inner Mongolia. They've built a vast amount of housing there, even though the population is actually quite small. There were coal mines there that made a lot of local people rich. They didn't know where to invest the money, so they first invested it in real estate, then in underground bank loans, and there have been a wave of defaults of these underground bank loans, which are causing problems.

Will this affect the US economy and the rest of the world?

The slow down in local government borrowing has led to a slow down in Chinese imports of construction materials. That mainly effects Australia, Brazil and other countries that export raw materials to China.

On the contrary, the U.S. has really benefited from food inflation in China. Farmers have been driven off their land, when it is converted into real estate. Chinese dependence on imported food, especially from North and South America, has increased quite substantially in recent years. I don't see that trend reversing any time soon. So farmers in the U.S. have really benefited from Chinese growth and from rapid and artificially-driven pace of urbanization.

This week, French President Nicolas Sarkozy appealed to his Chinese counterpart, Hu Jintao, for financing to support the euro zone's bailout. Does China have the money to do this? There are, after all, a lot of poor people in China, and development has a long way to go. And what are the risks of such financing for Europe and China?

China has the world's largest foreign exchange reserves, and so strictly speaking they have the money to invest in whatever sort of bailout scheme Europe comes up with. At the same time, I think Chinese leaders are very careful not to publicly claim credit for saving Europe. That's because, although in the short-term there could be some pay-off, there are still risks and we don't know what really is going to happen to Europe down the road. If this bailout has to be followed by subsequent bailouts, then it's not going to look very good for the Chinese decision makers. So I think they'll go about it in a careful way, and it will largely go unseen by the public.

In an op-ed in today's New York Times, Arvind Subramian of the Peterson Institute argues for a shift in voting status for loans that the International Monetary Fund makes to countries in trouble. He contends that China should gain the kind of veto power that the U.S. has, but that Europe should lose its veto given that it is now a debtor rather than a creditor. Do you agree, and what would this mean for the global order?

If China does indeed contribute a substantial amount of money to the IMF, it should probably get a higher voting share.