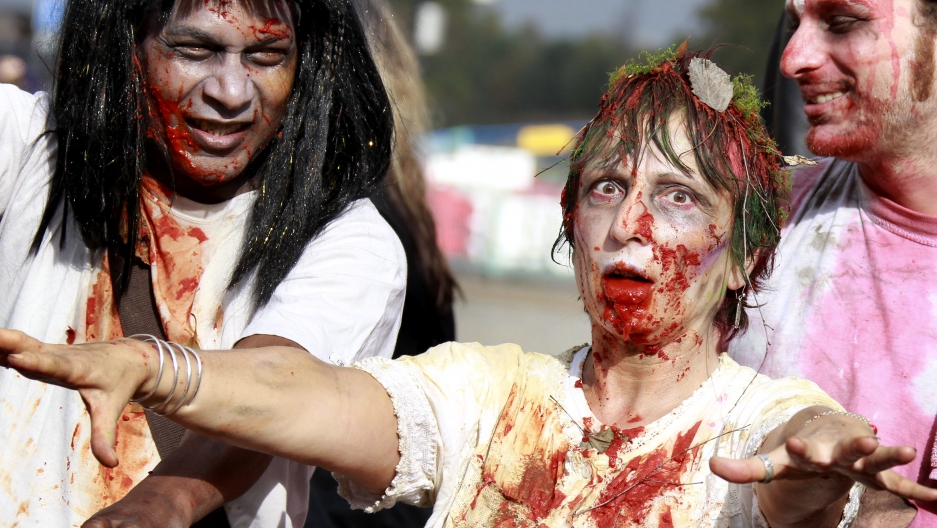 How to get volunteers to show up for a county emergency preparedness drill? Tell them to dress like zombies.

Some 225 volunteers signed up for a disaster response drill organized by Delaware County, Ohio, after the call went out for costumed “zombies” to play roles in a scenario that will test emergency responders’ skills in dealing with crises involving hazardous materials and decontamination procedures, The Associated Press reports.

Organizers hoped the theme would attract more volunteers than previous simulations of industrial accidents or train crashes. As an extra treat, they're offering prizes for the most outstanding costume and makeup and the best zombie walk.

The zombie idea drives home the message of “bracing for the unexpected," Jesse Carter, a spokesman for the local health district, told the AP. "The other message that we're trying to convey is come be a zombie."

The health department was inspired by a blog posting from the Centers for Disease Control and Prevention in May that shared preparedness tips for a "zombie apocalypse” which also apply to real-life public health emergencies, the AP reports.

"Based on an $88 investment in a bunch of clip art, the original blog reached 3.7 billion people and was the equivalent of a $3.3 million dollar ad buy," Assistant Surgeon General Ali Khan told WNYC.

Encouraged by the popularity of its zombie post, CDC recently posted a comic book written and illustrated by CDC staff that runs down the steps a couple takes to prepare as zombies take over their town, WNYC reports.