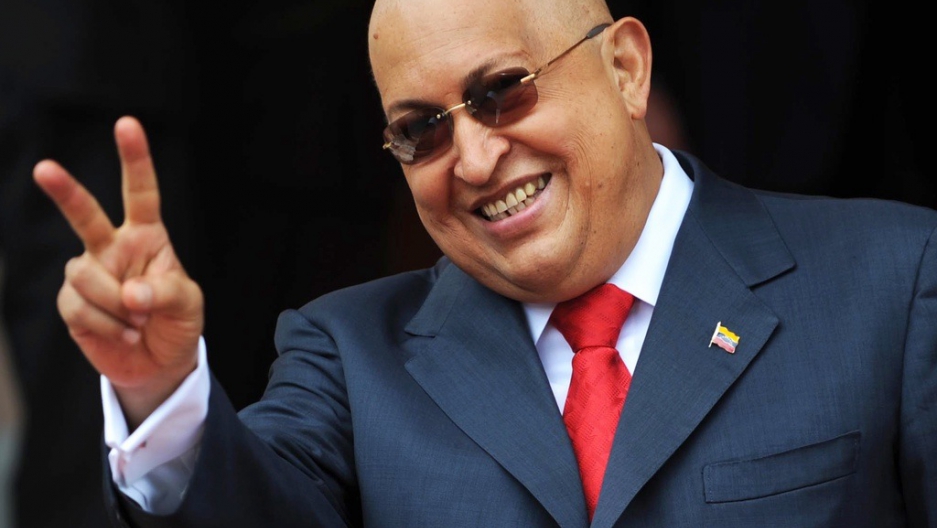 LOS ROQUES, Venezuela —For the moment, Los Roques is a haven for luxury yachts for the super-rich, an exclusive archipelago of white sands and Curacao-colored waters.

That may be about to change.

Earlier this month, President Hugo Chavez, always the socialist crusader, announced that he intended to seize those yachts and property on the islands —including the houses of some of Venezuela's wealthiest businessmen — and make use of the resources for state tourism.

“I’ve always said we should nationalize Los Roques,” Chávez said in a phone call to state television, before attacking the “high bourgeoisie” and “international set” that frequent it.

Chavez may just do it.

Already this year, Chavez’ administration has seized the assets of more than 450 companies — this translates to more than $33.7 billion since the maverick president came to power in 1999, according to Caracas-based consulting firm Ecoanalitica.

Read more: Chavez as a kid

The president often appears on television, pointing out companies and building, then shouting, “Expropriate it!” to enthusiastic applause. A public-relations master, Chávez knows that line is always a crowd-pleaser.

"Chavez is in campaign mode," said Michael Shifter, president of the Inter-American Dialogue think-tank. "In such circumstances, he tends to resort to nationalizations. There is no discernible economic rationale in such measures, but for hardcore supporters, (the actions) burnish Chavez's image as a revolutionary."

And even when it’s not election year, Chavez still has been known to snatch up private resources, such as when he seized all of Exxon Mobil’s Venezuela operations in 2007.

But with elections looming in October 2012, the move on Los Roques can be seen as a particularly bold extension of an already well-worn policy.

Chavez is likely to win further support from Venezuela's poor, a base he desperately needs to retain in the face of what promises to be the most hotly contested election of his 12 years in power.

But in doing so, he is bumping right up against the movers and the shakers in Venezuela — and they aren’t likely to take it lying down.

Chavez’s announcement will likely unnerve foreign investors who — like Exxon Mobil — could be forced to demand, and then wait for, compensation from the government after their assets are seized.

The government is obligated by international law to dole out compensation funds to companies whose assets it has seized. ExxonMobil demanded $7 billion in compensation. The government offered $1 billion; the final sum is still in dispute.

Already, residents of Los Roques, rich and poor alike, have expressed concerns about what expropriation could mean.

Wealthy residents worry that opening Los Roques to the public could ruin its exclusivity.

Much of the rest of the country’s coastline has been enveloped by mass tourism. Empty beer cans litter the beaches close to Caracas. On weekends, families park cars on the sand, blaring a mixture of pop and reggae on their portable stereos.

The wealthy are willing to pay to keep up a high standard on the islands, said German tourist Katrin Bender, 29, as she sunned herself on the sands of Francisqui, one of the Los Roques islands. “If Chavez takes that away, you need a different way of controlling the numbers.”

Some of the country’s wealthiest businessmen, including Gustavo Cisneros, a Venezuelan media mogul, have homes on the islands.

On Francisqui, one of the Roque islands, 39-year-old Javier Alvarez bathed in warm water just meters from his yacht.

“Expropriating a boat is completely absurd,” he said, waist deep on a sand bank. “I don’t see how they can take away something which you’ve worked hard for and have bought.”

“The policy is just to try hurt the rich people,” says Diego Arria, a former tourism minister who was later Venezuela’ Ambassador to the United Nations. His own ranch was expropriated by Venezuelan authorities last year. “It’s actually hurting the people who work for the rich people.”

Even as Chavez panders to the poor, seizing the islands would overlook the lot of many who fall into that category.

Those who run the small posadas, or hostels on the islands, are worried about losing their livelihoods if their businesses are seized by the government.

“I feel the owners are scared,” said one posada manager who refused to
give his name for fear of reprisal from either his bosses or the government.

Many owners, this manager said, are ensuring that their official documents are in order to avoid giving the government an excuse to seize their businesses. Still, that won’t guarantee them protection.