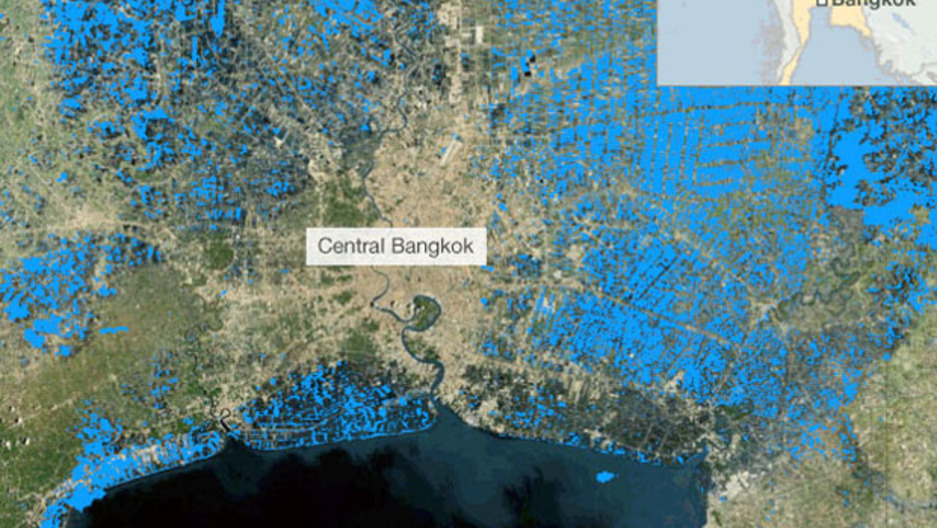 Flooding has been reported all over Bangkok, but so far it has avoided the central part of the city. That could all change this weekend. (Photo from the United Nations.)

As tides rise in Bangkok, flooding in the Thai capital city is getting worse.

As of Friday, according to ABC Australia reporter Zoe Daniel, 25 of the 50 districts in Bangkok had experieinced flooding. And projections are for even worse flodding  this weekend because tides are expected to go much higher.

"This water is coming straight out of the Chao Phraya river. I guess we can expect to see more of this type of flooding over the next few days as the tides get higher," Daniel said.

Of course, while Bangkok's flooding is certainly damaging and dangerous, the levels of flooding in the capital city don't even yet come close to that which was caused in areas of Thailand north and west of the capital.

What remains to be seen is if those levels of flooding will make their way to the capital this weekend, when the tides rise to their highest levels yet.