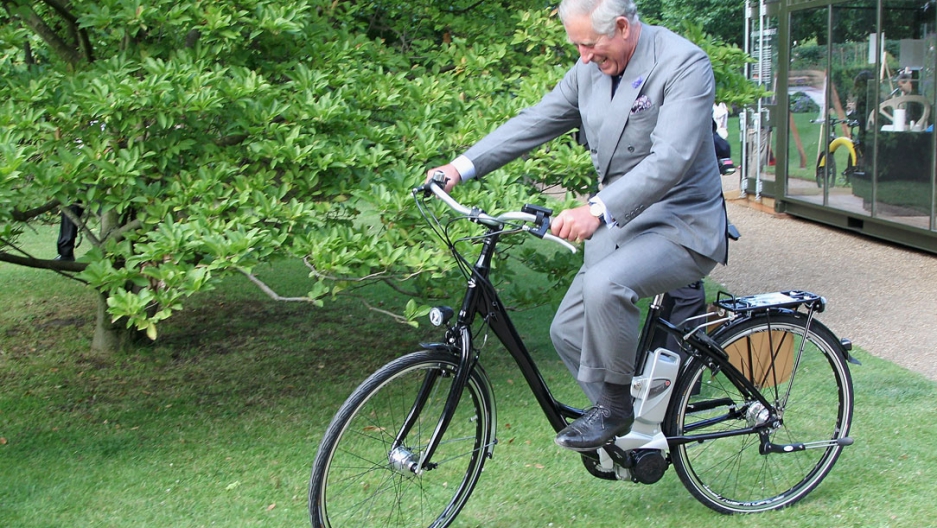 Prince Charles, Prince of Wales rides an eco-bike as he attends The Earth Awards Exhibition at Clarence House in London, England. Charles is an avid environmentalist.
Credit: Chris Jackson
Share

Prince Charles, the heir to the British throne says that he is related to Vlad Țepeș, commonly known as Vlad the Impaler, the 15th century Romanian warlord and the inspiration between Bram Stoker's vampire novel Dracula.

According to genealogical evidence, Charles is related to Vlad, and this gives him a "bit of a stake" in Romania's future. Note the clever use of the word stake.

He made his comments on a upcoming TV show to promote his interest in protecting the forests in Romania's Transylvania region, reports USA Today.

Charles called Transylvania a national treasure, because of its rural farming traditions and beautiful landscape. He has bought a home in the region, and has worked to conserve the forests for years.

The Carpathian mountains, which contain the largest unbroken tract of forest in central Europe, are home to many animals including, lynx, wolves, and bears. The forests, reports the Daily Mail, are increasingly threatened by logging and rapid economic development.

Vlad the Impaler officially carried the title Dracula, "Son of Dragon" after his father, Vlad II, who was a member of the Order of the Dragon, which was founded by the Holy Roman Empire to defend Wallachia against the Ottoman empire. Wallachia, along with Moldovia and Transylvania became modern Romania in the 20th century.

Vlad became known as "The Impaler" due to his fondness of slowly impaling his enemies on giant wooden spikes. He's revered in his homeland as a hero for protecting his people from the Ottomans.

Prince Charles is a direct descendant of Mary of Teck, who was married to King George V, a 19th-century United Kingdom King-Emperor. Mary of Teck descended from Vlad the Impalers son, reports CBS.