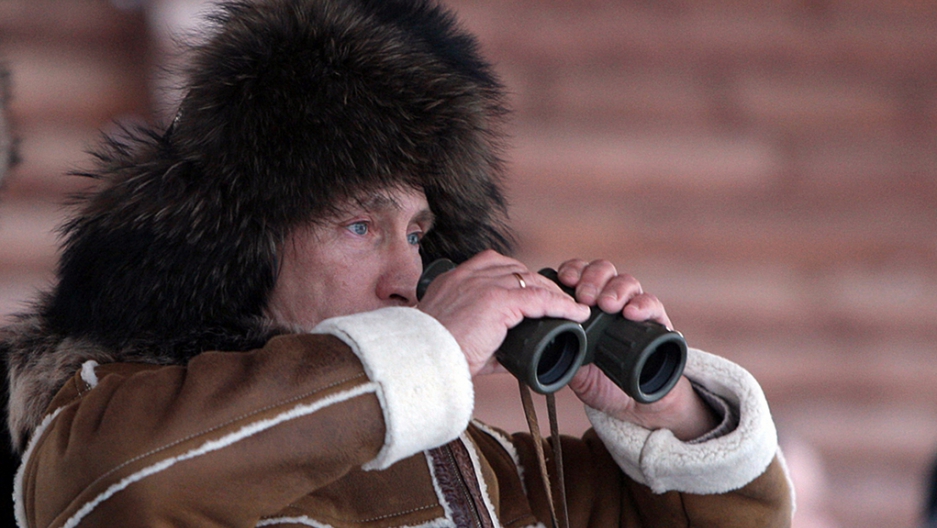 MOSCOW, Russia — Russian leader Vladimir Putin is pushing a controversial new idea. He wants to create a "Eurasian Union" to integrate the independent republics of the former USSR into a single economic — and eventually political — super-state.

Putin bills it as an eastern version of the European Union. Critics see Russia's age-old imperial ambitions roaring back under a new name.

Amid the debate, most observers have yet to notice how rapidly Putin's brainchild is moving from rhetoric to reality.

Last week, at a meeting in St. Petersburg, eight former Soviet states signed a free-trade treaty that Putin hailed as a first step, possibly leading to full union within 4 years.

"Only in around 2015 may we approach the realization of the idea of creation of Eurasian Union if we work as energetically as we have been," said Putin, who is currently prime minister, but is widely expected to retake the reigns as president next year. "This is the matter of the future."

Among the trade pact's signatories was Ukraine, a country that until recently had been seeking a place among Western nations in NATO and, eventually, the EU.

Ukraine’s apparent drift back into Moscow's orbit is a remarkable sign of the times. It testifies both to the rapid collapse of Western alternatives, as Europe grapples with its own dire crisis, and also to the rising fortunes of raw material-rich Russia. The latter is now poised for twelve more years under Putin, its strongest leader in generations.

"Putin is returning to the Kremlin with this new ideological concept, which appeals to the neo-imperial aspirations of Russians and also holds out economic benefits for former Soviet states that have no chance of joining the Western club," says Alexei Vlasov, director of the independent Center for the Study of the Post-Soviet Space in Moscow.

"This is not a particularly new idea; it's been kicking around for some time," he says. "But I admire how rapidly Putin is moving to put it into practice."

In the pro-government Moscow daily Izvestia earlier this month, Putin wrote that the new grouping would be built around the nucleus of the Russia-Belarus-Kazakhstan customs union, which is set to be upgraded into a common market next year. He insisted that this is not a plan to reincarnate the Soviet Union, but rather to build a voluntary club of former Soviet republics driven primarily by economic imperatives.

"We propose creating a powerful supranational union capable of becoming a pole in the modern world, and at the same time an effective bridge between Europe and the dynamic Asia-Pacific Region," Putin wrote.

Putin's super-state would at first be for post-Soviet nations that want privileged access to Russian energy and markets, and also fear the growing economic might and ambitions of China, says Vladimir Zharikhin, deputy director of the Kremlin-funded Institute of the Commonwealth of Independent States in Moscow.

"There is a global tendency to form economic clusters, such as the EU, ASEAN or NAFTA, but these are all closed to former Soviet states," he says. "Look at Ukraine, which has hit a brick wall in its efforts to integrate with the EU. We need to form our own cluster, there's no other way."

Last week the EU cancelled a meeting to discuss a free-trade deal with Ukraine in protest over what it views as the politically-motivated jailing of Yulia Tymoshenko, Ukraine's top opposition leader. That was just the latest in a string of signs that Ukraine, the most important former Soviet state next to Russia, may be headed for a major geopolitical realignment.

Puting: I Really Do Like Putin singing Blueberry Hill

Both supporters and critics of the idea say Putin's Eurasian Union is not likely to remain a mere economic union for long. Unlike the EU, which brought together democratic market-driven nations, Russia and most other former Soviet states are variations on the theme of authoritarian governance and state-dominated economics. Russia — the world's largest country with a cornucopia of raw materials — will inevitably overshadow all other members of the union and seek to bring them into line with its own priorities, including rivalry with the West.

Moreover, in Putin's Moscow today, a widely believed explanation for the woes currently rocking the euro zone is that the EU was constructed without a strong and cohesive central political authority at its core.

"A Eurasian Union will differ from the EU in that it will be based on Eurasian values, not European ones," says Alexander Dugin, head of the International Eurasian Movement, a group of right-wing businessmen, officials and intellectuals that is thought to have considerable influence in the Kremlin.

He says the EU's reliance on liberal economic institutions to hold it together is its fatal flaw, and that Putin will move to cement the economic integration of the Eurasian Union with strong central authority.

"Economics are important, but we will need to stress the political process of integration," he says. "From what we see happening in Europe it's clear that at times of crisis the whole union can split apart if it is built without strong political and geopolitical values which can transcend the crisis…. The Eurasian Union must be constructed with a strong political horizon in mind."

But for now talk of another Moscow-led super-state, which calls to mind the late Soviet Union, needs to be downplayed in front of international audiences, say Putin supporters.

"We're talking about an economic union but, judging by Putin's concept, political coordination among the members can't be ruled out," says Andrei Klimov, deputy chair of the State Duma's international affairs commission. "However, that's a matter for the distant future, it's not on tomorrow's agenda."

Former deputy prime minister Boris Nemtsov, now a leading liberal critic of the Kremlin, derides the whole idea of a Eurasian Union as "a political joke."

"Voluntary unions can only take place where there is democracy. How can authoritarian dictatorships create a genuine union?" he says. "Putin believes the collapse of the USSR was a great tragedy and he would like to recreate some version of it. But the Soviet Union was built in the 20th century with Communist Party power and the extreme brutality of (Soviet leader) Joseph Stalin. Putin may be a corrupted dictator, but he's no Stalin. This idea is doomed."

But Dugin says the idea of reviving the Soviet Union musters great appeal both inside Russia and around the former Soviet Union, where opinion polls show vast numbers of people remain nostalgic for the prestige and security of belonging to a mighty global superpower.

"Maybe the thought of recreating the USSR is viewed with horror in the West, but around the post-Soviet region it's extremely popular," Dugin says. "Putin can use this as a tool to gain support for his plans, and to help him work out a more coherent vision. It's definitely an idea whose time has arrived."