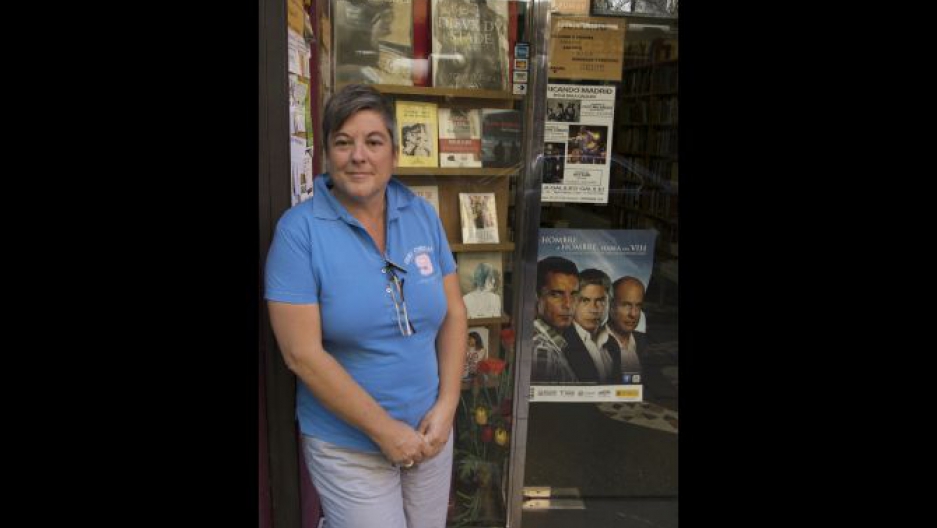 MADRID — Mili Hernandez, 51, remembers with a shudder Francisco Franco’s “Law of Social Danger,” the legal basis for imprisoning more than 5,000 people on suspicion of homosexual activity. It was only repealed in 1979, four years after the dictator’s death.

“Franco died when I was 15, but I lived the first 20 years of my life in a Spain that was still Francoist, with lots of repressive laws,” says Hernandez, who has been at the forefront of the gay rights crusade for the past two decades. She founded Spain’s first gay and lesbian bookshop in central Madrid’s Chueca district in 1993, helping establish the area as an LGBT hub.

As a young woman who was struggling to understand her sexuality, Hernandez fled Spain’s repressive atmosphere in the early eighties and went to live in New York and then London. Those cities’ own gay bookstores were key to her understanding her own sexual identity.

“Going to England and the United States was like being born again,” she says, animated and welcoming as she moves about in her bookstore dressed in a t-shirt and shorts and with her hair cut short.

“The first thing I did when I went to London in the early eighties was to go to Gay’s the Word and then when I arrived in New York I went straight to Oscar Wilde, which is no longer there. I lived and grew up with these bookstores, I reconstructed myself through them,” she says, explaining that this was a common path followed by many Spanish expats who had fled the conservative Catholic country to discover their own identities.

Returning to Spain in 1993, she was encouraged by how much it had changed after a decade of democratic, Socialist government. However, she still felt the country’s gay scene was lagging behind those of Britain and the United States, and the lack of specialty bookstores was an obvious problem.

That same year, she founded Berkana, which sells fiction and non-fiction for the gay market, mainly in Spanish but also in English. With a small café at the back of the store, Berkana is also a well-known meeting place for gays in Madrid. Hernandez says that for many people, setting foot in this quiet store has been their first step toward coming out.

Hernandez has since become one of the most prominent gay figures in Spain. Her pioneering bookstore led to the founding of a gay and lesbian publishing house, Egales. She has also been a spokesperson for Madrid’s main gay collective and also deeply involved in the capital’s Gay Pride event.

Married since 2005 — the year Spain became the third country in the world to legalize same-sex marriage — Hernandez has been listed by Tiempo magazine as one of Spain’s 20 most influential homosexual figures.

She says one of her proudest achievements is having played a major part in putting the Chueca district on the map as one of Europe’s best-known gay areas by basing her bookstore there and encouraging other gay businesses to do the same. Packed with restaurants, cafes and boutiques, Chueca is one of Madrid’s most fashionable areas. It also wears its gay status on its sleeve, hosting sex shops and saunas and with advertisements for gay events plastered on walls across the barrio.

Despite the popularity and vibrancy of Chueca, some critics have pointed to its gay status as self-defeating, claiming it “ghettoizes” the homosexual community. Hernandez staunchly rejects such accusations.

“People sometimes say that we’re part of a ghetto — we’re not. For example we’ve been in the Madrid book fair for the last 15 years. The reason we’re there is for the visibility.”

Indeed, the world-famous Madrid book fair is where Hernandez arrived in the public consciousness for many Spaniards.

Hernandez took the opportunity to upbraid the monarch and present her with a very pointed gift: A history of gay culture in Spain, called “De Sodoma a Chueca” — or “From Sodom to Chueca.”

“I told her that her words had been very unfortunate, but with this book she might understand things better,” says Hernandez, laughing at the memory.

More importantly, she says, the incident put a lesbian bookstore owner on the front page of Spanish national newspapers alongside the country’s queen.

“Visibility” is a word Hernandez comes back to again and again when speaking about the campaign for gay rights. She believes there has been substantial progress in this area in recent years. While she decries a lack of lesbian public figures in Spain, she highlights the fact that a number of gay men have risen to prominence.   Almodovar is one of Europe’s most respected movie auteurs and the most visible of several Spanish directors who have explored gay issues. Novelists Juan Goytisolo and Alvaro Pombo are among the country’s most acclaimed writers. Also, a small number of gay men hold senior posts in politics and the judiciary.

Hernandez believes that Spain’s LGBT community is waking up from a lull following the legalization of same-sex marriage in 2005, when the economy was much stronger than it is now.

“We relaxed a bit too much during the boom years, we got a bit anesthetized,” she says. “People are generally happy with what they’ve got when the economy is strong and we didn’t push enough for more rights.”

The combination of sagging Spanish economy and the resurgence of the conservative Popular Party ahead of national elections Nov. 20 has jolted rights advocates, she says.

“Now that things are getting really tough, we’re more likely to see people getting out onto the street, demanding their rights.”