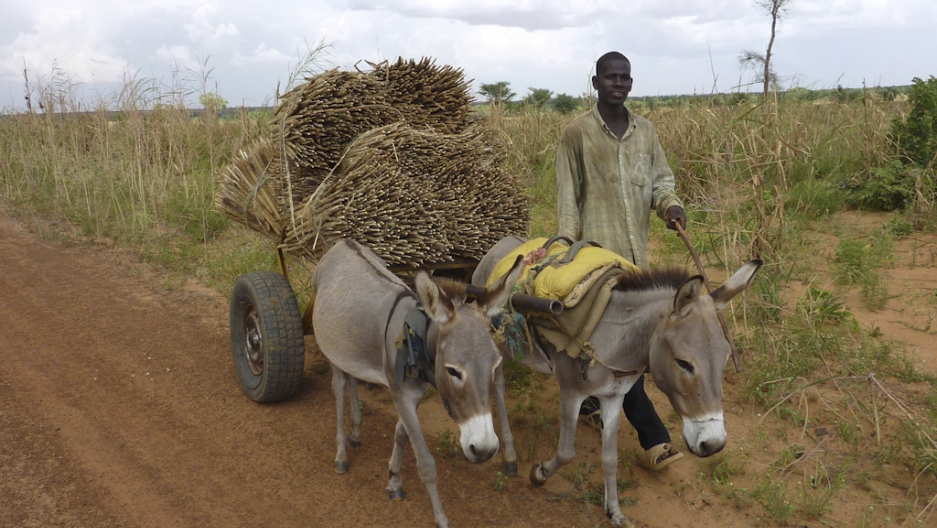 Beasts of burden: a man and his donkeys.
Credit: BOUREIMA HAMA
Share

A Zimbabwe man has told a court that the prostitute he hired turned into a donkey overnight, and now he is "seriously in love."

Sunday Moyo, 28, was caught having sex with a donkey early Sunday morning, according to the New Zimbabwe news website. While appearing in court on bestiality charges, he told the magistrate a tale that reportedly "had the court in stitches."

Police said they found Moyo having sex with a donkey tied to a tree outside his home in Zvishavane, a mining town near Masvingo, on Sunday at around 4 a.m., the New Zimbabwe says.

In court, Moyo admitted to the sex act, but explained that the donkey was in fact a prostitute he had earlier hired for $20 at a local nightclub.

"I don’t know how she then became a donkey," Moyo is reported to have told the court. "I only came to know that I was being intimate with a donkey when I got arrested."

The experience appears to have been a sexual awakening for Moyo, who now says he is in love with the beast.

"I do not know what happened when I left the bar, but I am seriously in love with [the] donkey," Moyo said, according to state-run newspaper The Herald, as cited by Agence France-Presse.

Moyo will remain in custody until Thursday. The magistrate has ordered that he be examined by psychiatrists.

View "News from Zimbabwe: Man says prostitute turned into a donkey." on Storify More from GlobalPost: Villagers accused in "magic penis" killing fear they are cursed