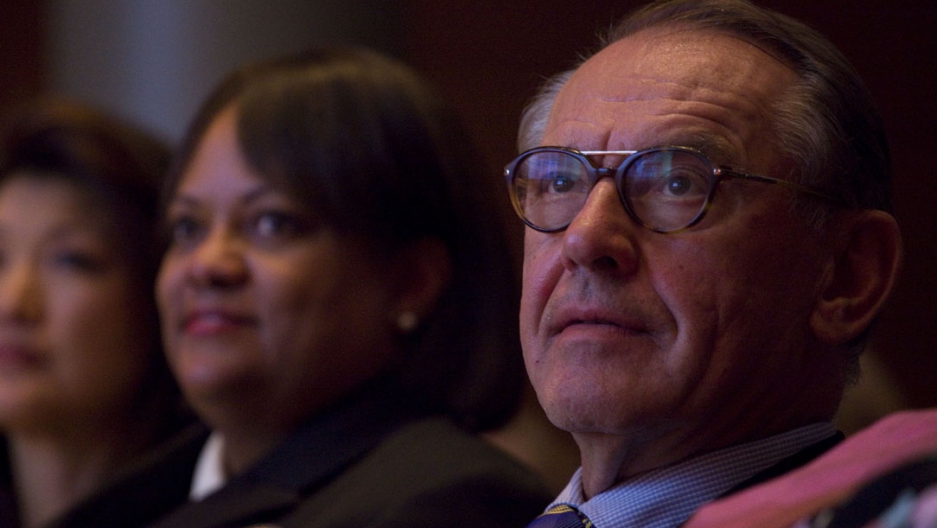 At the end of this month, the world's population will cross the 7 billion mark and continue to climb. Over the last five weeks, Global Pulse interviewed several world leaders about how to slow this explosive growth.

Ambassador Jan Eliasson is the former President of the United Nations General Assembly and Sweden’s former Minister for Foreign Affairs. He currently is on Aspen Global Health and Development’s Global Leaders Council for Reproductive Health. Eliasson spoke to writer John Donnelly about how water and sanitation play in saving women’s lives and about how the explosive issue of abortion has hurt the support for family planning.

How did you get involved in the issues surrounding women’s reproductive rights?

I did this in a roundabout way. For many years, I have worked intensely in Africa. I was in Somalia in the 1990s, and more recently I was mediating in the Darfur conflict. With you deal with these conflicts, you have to go out in the villages and see the realities. I’ve been struck by how water and sanitation is an enormous problem in this area, which has ramifications for the lives of women and children. After I got back from Darfur in 2008, I established Water Aid-Sweden. Having now worked on water and sanitation issues for two years, I see that there is a need to link issues between water and sanitation and the issues affecting women.

We don’t realize when you look at the issues of child mortality, women’s health, or education, all the MDGs (Millennium Development Goals) are affected by water and sanitation. I see a real need for a horizontal approach to health. Population issues and family planning are an integrated part of solving that problem.

What’s your strategy to make these issues move to the forefront?

Before I worked in the United Nations, and the government of Sweden, but now I see myself representing civil society. I believe I can add to the knowledge of how to work in the corridors of the United Nations or in European politics. I want to bring much more attention to the situation of women and children in the field. I am upset and angry about the neglect on family planning issues.

Why is family planning so difficult for policymakers?

Family planning touches on values, culture and traditions, and it’s especially hard when people from the outside come and suggest how things should be organized in a society where traditions have been pretty much perpetuating problems. You touch on the culture sensitivities.

How about using an economic argument to promote family planning?

I’m not sure. I can’t prove we have seen this relationship yet. We do see, though, the enormous pressure on resources and nature, which are becoming so obvious. Sixty percent of humanity will be living in cities in the next eight to 10 years. In China, 40,000 people are moving into cities every day. Then you realize the enormous pressures on organizing sanitation programs in many communities around the world. If these problems are explored in terms of epidemics they cause, such as cholera outbreaks, then it would be in the enlightened self interest of nations to see what they must do to get engaged in family planning. I hope so.

Are you making progress on issues related to water and sanitation?

I see progress on water, but I see great problems on sanitation. At the rate we’re going, countries may have to wait for over 100 years for the sanitation MDG goals to be achieved. Toilets are more of a taboo than clean drinking water. But if we expand access to clean drinking water, then maternal health will improve dramatically. So many women are dying in childbirth because of lack of clean water.

What about the concerns expressed by conservatives, especially in the US, that somehow family planning is linked to abortion? How do you tackle this issue?

To be frank, with family planning, it is better to put the emphasis on programs dealing with contraception. Abortion is extraordinarily sensitive in most societies. Even in my country, one of the most liberal in the world, you have resistance from one coalition partner in the government. What is important is that we dramatize the family planning issue. We see it in the enlightened interest in families and the communities to adopt such programs.

This is a fascinating subject in how we convey the message that if we get stuck in abortion fights, we risk locking up the issue and can’t get out of it.

How do traditional societies begin to support family planning?

It starts with education. We know that if a woman has more than eight years of education, they are more likely to accept the message of family planning and understand it. No. 2 is economic pursuits. Women who have got something to help them get on with their life, an education and employment, they also will embrace family planning. Third, what’s important is that policy leaders believe this issue is important and then not to give cross-messages to the public. And fourth, how you interact with the leadership in the local level, leadership among women, and also among local chiefs, those are important as well. You cannot say one bullet will work. But the basic bullet is education, education, education

Should people be alarmed by the world reaching 7 billion people?

Of course. But in talking about numbers, people understand 100 or 200. When you say billion, as in the world is 5 billion or the world is 7 billion, you are talking a language people can’t understand. What we need to do now in sub-Saharan Africa is to put more emphasis on reproductive health, on saving women, on saving the women’s lives, through family planning. You need to give them opportunities to plan out their pregnancy. Women who cannot plan their pregnancies cannot plan their lives.