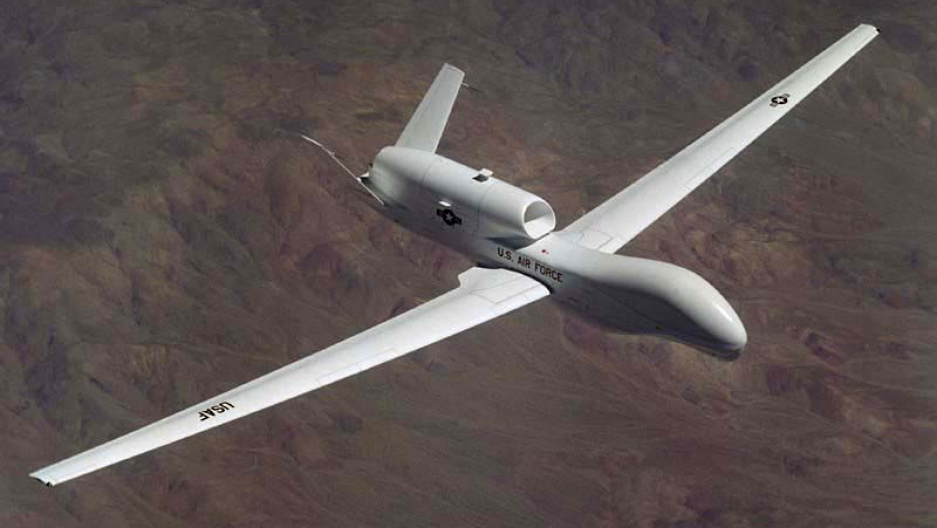 Unmanned aerial systems like this GlobalHawk have become increasingly important in warfare — and are expected to become more important in civilian settings. (Photo from U.S. Air Force via Wikimedia Commons.)

As the United States military gets more and more mileage out of its drone aircraft, other countries are racing to catch up in the latest version of the never-ending arms race.

China and Iran in particular are working to develop drones not only for their own use, but also to export to other countries and organization.

Peter Singer, a Brookings Institution senior fellow and author of Wired for War: The Robotics Revolution and Conflict in the 21st Century, said the proliferation of drones has the potential to totally change the nature of war.

"That idea of not having the human go into harm's way is a major game changer in every way," he said.

The United States is already using drones in warfare in six countries: Iraq and Afghanistan, as well as in Pakistan, Libya, Somalia and Yemen.

In Pakistan in particular, more than 300 strikes have been conducted by unmanned aerial system, Singer said. That's more strikes then were conducted in the opening phase of the NATO action in Kosovo.

"This would have been what we called a war in the past," Singer said. "But we don't call it the Pakistan War and I think that's in part because of the technology we're using."

In addition to presenting some philosophical problems, there are problems of precedent the United States may be forced to confront.

In Pakistan, the drones are being operated by the CIA, rather than the military. As more countries acquire and use unmanned systems for reconnaissance and combat, the United States may object to others using the same tactics it has been using.

"We're clearly setting some potential precedents," Singer said. "The challenge that may come back to cause problems for us in the future isn't so much the military side of things...I think where it gets a little bit dicier is on the covert side, by other agencies, like the CIA."

Because the CIA is operating the unmanned systems covertly, the Obama approach, and that by the Bush administration before it, has been that there was no need to get Congressional authorization. And it can be done without the approval of the country where the drones are operating

Singer contrasted the American approach to Pakistan with its approach to sending soldiers to help the Ugandan Army battle LRA rebels. In that case, the soldiers were sent at the invitation of Uganda and President Barack Obama sought authorization from Congress for the action.

Not all drones, however, are used for warfare. The GlobalHawk system, for example, that conducts surveillance of battlefields in Iraq and Afghanistan, has also been used to monitor forest fires in the Pacific Northwest and flooding in North Dakota.

In Japan, unmanned aerial vehicles are used for crop dusting. In Australia they're used as lifeguard. And in Taiwan, a gang of criminals used remote controlled helicopters to conduct a jewelry heist.

That's another concern with the proliferation of these systems. Not just nations are deploying these drones. Singer said that Mexican drug cartels and Hezbollah have all tried to acquire or have acquired unmanned systems to use in the endeavors.

"The dominance isn't just an American one now," Singer said.