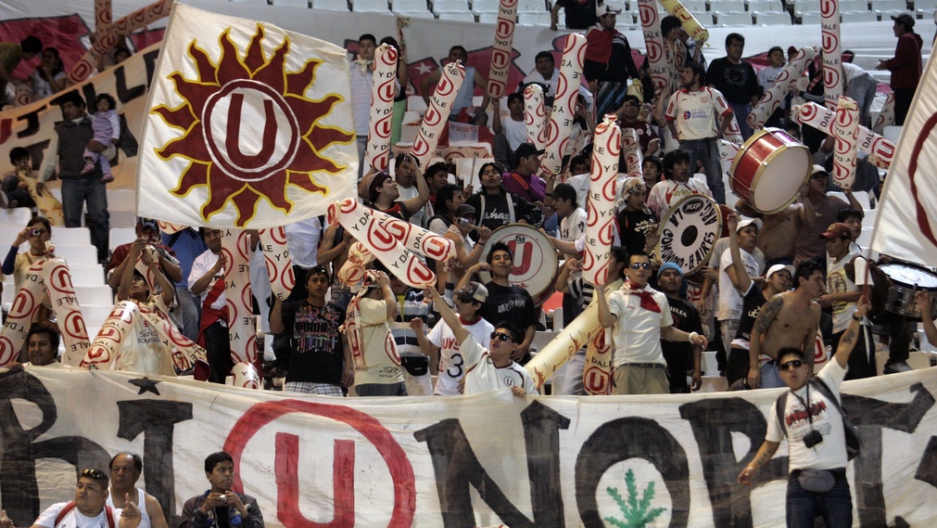 LIMA, Peru — The death of a young man in Lima’s Monumental soccer stadium has sparked a crackdown on the thugs who mar the game in this country — and the sporting establishment that has allegedly allowed them to flourish.

Walter Oyarce, 23, had been attempting to protect two youngsters from rampaging fans of home team Universitario, widely known as the U, as they clambered from box to box ripping away signs of support for visiting club Alianza Lima, including a large banner hanging from Oyarce’s box.

During the confrontation last month, Oyarce fell 15 feet, suffering massive head injuries. He was pronounced dead on arrival at hospital.

Identified by CCTV images, several U supporters were arrested within days, including two accused of shoving Oyarce over a barrier.

Deaths at Peruvian soccer matches are not new. The country actually holds the world record for fatalities at a game; 318 people were crushed to death in a stampede provoked by fighting during a Peru-Argentina game in the 1960s.

But this most recent tragedy has led to a series of revelations that may implicate Universitario’s senior management in tolerating — and possibly even encouraging — violence at games. Critics say the club got cozy with hardcore fans, giving away free tickets to fill seats and trying to create a better atmosphere for lucrative TV coverage.

Read more: Angry in the Amazon

Oyarce's case has also led to a congressional call for reform of the nation’s most popular sport.

One of the two suspects in Oyarce’s death, Jose Luis Roque Alejos, 42, is alleged to have previously worked as a bodyguard for the U’s president, Julio Pacheco.

The other, David Sanchez-Manrique Pancorvo, 36, is the cousin of the wife of the U’s marketing director. Both suspects, now charged with murder, deny involvement in Oyarce’s death.

There are also questions surrounding the stadium’s CCTV footage. The version of the footage provided to authorities after Oyarce’s death allegedly cuts, without explanation, from the moments immediately prior to the fall to the moments straight after it.

Congressman Renzo Reggiardo, who viewed the video in his role as head of a commission on public safety, told GlobalPost: “I am not accusing anyone. I don’t have the proof. But it is very strange. Either it was edited, or it was a big coincidence. The obvious question is, were they protecting someone?”

Pacheco, of the U, failed to respond to GlobalPost’s requests for comment. In Peruvian media, he has denied any connection with Roque Alejos, one of the murder suspects. He has also insisted that the U was not responsible for security in private boxes like the one Oyarce fell from, a claim Reggiardo described as “unacceptable.”

One of the key allegations from members of congress, including Reggiardo, against Peruvian soccer clubs is that the free tickets they give to hardcore fans, known as “barras bravas,” fall into the hands of known hooligans.

One fan, speaking on condition of anonymity for fear of reprisals by members of the soccer gangs, told GlobalPost that previous club management at the U offered cash and tickets to fans who seized banners from rival supporters. “Everyone knew about it,” he said. “Fighting to get the banner was normal. No one was supposed to die, but of course things got out of hand.”

Reggiardo added: “This has not been proven, but it is something that needs to be investigated.”

But now Reggiardo is leading the charge to reform Peru’s soccer establishment and rid it of the violence that has too often marred the country’s most popular spectator sport.

He originally took up the issue in 2009 following the death of accountant Paola Vargas, 23, after she was flung from a moving bus by a band of U supporters.

At the time, all Peru’s top-flight clubs were ordered to register their fans in an attempt to identify and track the criminals among them. They were warned that failure to do so would result in the police refusing to work at the stadiums and the clubs, causing them to lose their public-safety licenses to stage games.

To date, just one club, Sporting Cristal, also from Lima, has complied. The police have failed to follow through on the threat to stop matches. Said Reggiardo:

“That makes me think there is complicity [by club management]. If they had complied, we might not have seen the death of this young man.”

Reggiardo, of the tiny opposition Parliamentary Coordination grouping, appears to have cross-party backing for a new law to crack down on the hooligans, including from congress president Daniel Abugattas, of President Humala’s Peru Wins coalition, who called the legislator to express his support. That all suggests it’s likely to pass.

The measure borrows heavily from England’s successful experience of curbing soccer hooliganism, including the requirement for clubs to identify fans, stadium bans for known hooligans and a prohibition on alcohol inside stadiums.

But it also has several measures aimed at stamping out any possible management complicity with the hooligans. These include criminal responsibility, including lengthy jail terms and fines of more than $200,000 for club executives and owners found to have encouraged or permitted violence.

The bill is expected to be voted on before the end of the year.