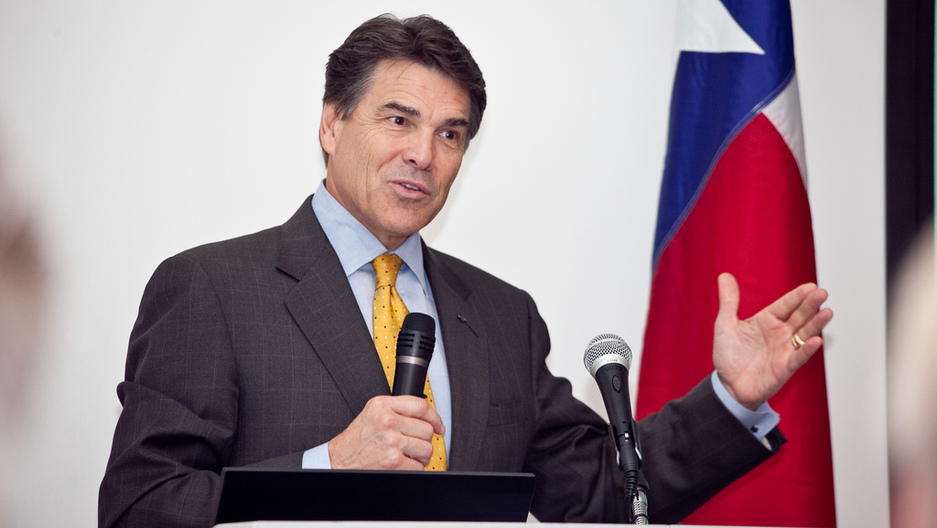 In what is presumably a response to the popularity of Herman Cain's 9-9-9 tax plan, Texas Gov. Rick Perry has unveiled a tax plan of his own.

Perry's proposed flat tax will tax all income at 20 percent, but be optional. Taxpayers can choose between the current graduated tax system, where higher income is taxes at a higher rate, or switch to a flat tax where all income is treated the same.

Jay Newton-Small, a reporter for Time magazine, said the reaction has been mixed between Republicans and Democrats.

Democrats say it amounts to a huge tax cut for the wealthy. Republicans say the money will go back into the market, stimulate growth and make up for any lost tax revenue.

"It's sort of a version of Ronald Regan's trickle down," Newton-Small said.

But the problem is, estimates are this plan would cost even more than a similar plan championed by Sen. John McCain during his 2008 presidential campaign. That plan was estimated to cost more than $7 trillion in lost income over 10 years.

Newton-Small said this plan will put presidential hopeful Mitt Romney in a bit of a tight spot. Virtually all of the other Republican candidates have endorsed some sort of flat tax, while Romney has actually said a flat tax is a bade idea.

"It would be a flip-flop for Romney to embrace a flat tax," Newton-Small said.