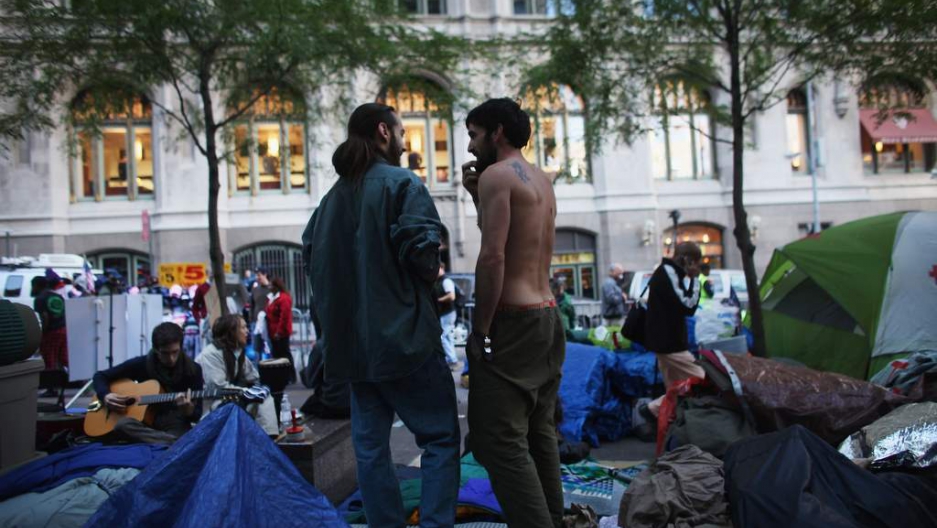 A new poll from the Pew Research Center shows that 39 percent of Americans say they support the Occupy Wall Street movement, while 35 percent say they oppose it.

An equal number of Americans, 16 percent in each case, told Pew that they either strongly support or strongly oppose the movement. Twenty percent responded that they "don't know" how they feel about the movement.

Occupy Wall Street began in lower Manhattan last month, and has since spread to a number of other cities and countries. On the OccupyWallSt.org website, the movement describes itself as a "leaderless resistance movement with people of many colors, genders and political persuasions. The one thing we all have in common is that We Are The 99% that will no longer tolerate the greed and corruption of the 1%."

Pew also asked respondents their opinions of the Tea Party. According to Pew, more Americans (44 percent) oppose the Tea Party than support it (32 percent). Only 12 percent of Americans said they support the Tea Party strongly, whereas 24 percent oppose it strongly.

In recent days, there has been much debate about whether Occupy Wall Street is a kind of Tea Party for the left, and what that would mean. According to Pew, political party affiliation plays a big role in people's support or opposition to the two movements. Sixty-three percent of Republicans support the Tea Party, while 52 percent of Democrats support Occupy Wall Street.