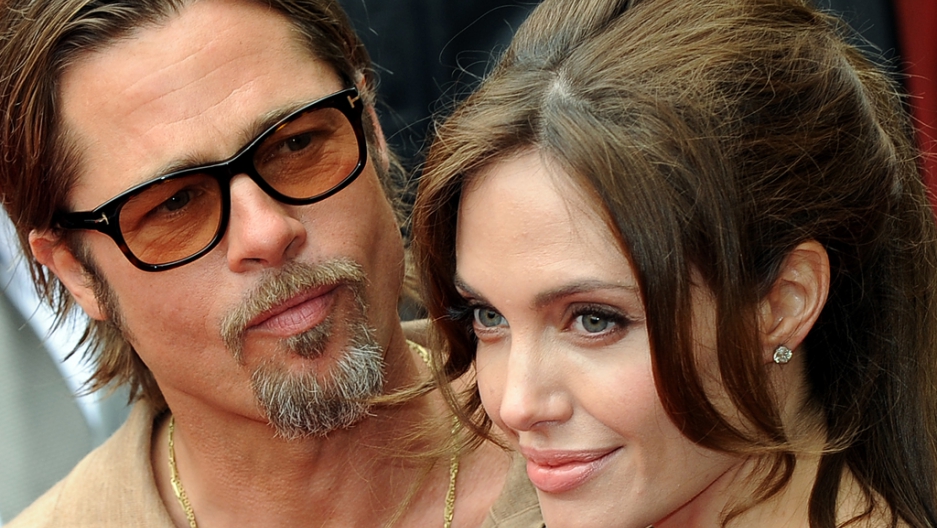 BATTAMBANG, Cambodia — As the most famous champion of humanitarian causes in Cambodia, Oscar-winner Angelina Jolie has for a decade been on a mission of mercy for the Southeast Asian country that granted her citizenship in 2005.

The 36-year-old star has run a multi-million dollar foundation for environmental conservation, health, education and infrastructure in the remote and impoverished northwest of Cambodia for the last eight years.

But choosing to set up operations among the hilly fields and remote tropical forests along the Thai border in Battambang province has brought Jolie into close quarters with former members of the communist movement known since the late 1960s as the Khmer Rouge, some of the principal actors in one of the bloodiest dramas of the 20th century.

According to interviews and documents collected here, Jolie has, in connection with her charitable undertakings in Cambodia, purchased land from a reclusive man who today ranks with the very biggest of fish among the world’s suspected mass murderers.

To all appearances, Jolie maintains a strong personal connection to Cambodia and her charitable endeavors there are addressing urgent social and environmental problems. Yet she would not be the first American celebrity to suffer the pitfalls of charitable work in the developing world.

Madonna’s plans to build a school in Malawi were abandoned earlier this year amid reports of gross financial mismanagement by a charity co-founded with the Kabbalah Centre, which Newsweek reported in April was the subject of a federal investigation. Donors may have included Tom Cruise and Gwyneth Paltrow.

The Maddox Jolie Pitt Foundation, named for Jolie’s adopted Cambodian son, operates in Samlot district, an epicenter of communist activity in the 20th century. With neighboring Ratanak Mondol and Kamrieng districts, Samlot is home to at least three people wanted by United Nations prosecutors on charges including crimes against humanity, genocide and war crimes for their alleged roles in waves of execution and forced labor that swept Cambodia during Khmer Rouge rule in the late 1970s.

Jolie’s representatives — a Phnom Penh legal consultant for her organization, the CEO of her foundation in Battambang and her manager, the Hollywood mogul Geyer Kosinski — did not respond to requests for comment.

A member of the Council on Foreign Relations, the "Tomb Raider" star has maintained what The New York Times described as a “carefully orchestrated image.” As a goodwill ambassador for the U.N. refugee agency, she has visited refugee camps in over 30 countries, according to People Magazine.

But Mounh Sarath, a former associate who has since broken ties with her, said that it was at Jolie’s instructions that he purchased sizable tracts of land, totaling about 225 acres, from Yim Tith, known in revolutionary times as Ta Tith (or “Grandfather Tith,” using an honorific bestowed upon the more prominent members of the Khmer Rouge.)

Signed, dated and thumb-printed contracts for the sale of land indicate that in December 2002, as Jolie’s organization prepared to begin operations, Sarath purchased two plots in Samlot village from Tith at the combined price of just over $25,000. Sarath said he used Jolie’s money to complete the transaction and that, after obtaining Cambodian citizenship, Jolie then sought to transfer ownership into her own name.

Tith's sale of the land to Jolie is no secret among government officials in Samlot. In Saorith, a deputy governor, said in a telephone interview that Tith had sold the land to Jolie because he was short of cash.

"The Prime Minister had given the land in this area to former Democratic Kampuchea soldiers and he [Yim Tith] sold the land to her because he badly needed money," he said by telephone. "She has title of ownership."

"She usually provides some support to school children such as clothing and educational equipment."

Yem Yorn, chief of Samlot’s Meanchey commune, not far from the area of Jolie’s operations, described himself as a 20-year acquaintance of Tith, and said he was also aware of the land deals with Jolie.

"He had land here but now it is sold and it is sold to Angelina Jolie," he said in an interview at his office.

According to Sarath, while Jolie may not have known precise details about Tith’s past, he made her aware of the fact that the seller had held a senior position in the government of the communist leader Pol Pot.

“She knows that Yim Tith and everybody are the Khmer Rouge,” he said by telephone. “We talked like we have to, like Mr. Yim Tith is a big man there and he’s very important person. ... So she knows that.”

In 2006, Sarath sparred publicly with Jolie, claiming she had reneged on a $1.5 million contract to fund his organization’s work for her. He now says Jolie also bought Tith’s land with money promised to his own aid group, Cambodian Vision in Development.

Trevor Neilson, an American celebrity philanthropic advisor, told reporters at the time that Sarath had been responsible for financial mismanagement in the “hundreds of thousands of dollars,” which Sarath strongly denied. Lawsuits threatened by both sides failed to materialize. (Neilson and Jolie also parted ways in 2008, according to The New York Times.)

What do Angie's dealings say about Cambodia?

Jolie’s land deal may serve as another example of the glaring impunity enjoyed by the Khmer Rouge, who left as many as 2.2 million people dead in under four years of power and are only now facing the possibility of criminal prosecution 30 years after the fall of their regime.

Opening arguments in the trial of four senior leaders are scheduled to occur next month. But for decades, Khmer Rouge leaders lived openly among the Cambodian population despite the terrific scale of their regime’s crimes. Ta Tith was apparently so at ease and undisturbed that he wound up doing business with a Hollywood movie star.

In 2009, U.N. prosecutors at a special court in Phnom Penh brought charges of crimes against humanity against Ta Tith, alleging that between 1977 and 1979 he participated in the wholesale elimination of local government officials and had control over 13 crime scenes across Cambodia.

Confidential prosecution estimates say that at these brutal prisons and execution sites between 71,000 and 83,000 people, if not more, were murdered. Ta Tith is alleged to have had effective control over an area of Cambodia where almost 600,000 people died as a result of communist party misrule.

The investigation of Ta Tith and four others sought by U.N. prosecutors at the court, known as the Extraordinary Chambers in the Courts of Cambodia, is opposed by the Cambodian government, which has sought to minimize the number of Khmer Rouge suspects prosecuted, saying this threatens to destabilize Cambodia’s fragile negotiated peace.

Siegfried Blunk, a UN judge tasked with jointly investigating the cases, abruptly resigned on Oct. 9, claiming that Cambodian officials had undermined his work with repeated public statements that the case involving Tith would not be allowed.

Blunk had until that point been widely suspected of engineering dismissals in the cases and was accused of gross judicial misconduct by organizations including Human Rights Watch and the Open Society Justice Initiative.

Journalists and researchers have struggled to make contact with the reclusive Tith, who owns multiple houses across Cambodia. To all appearances, he has never been questioned by court investigators.

Are Hollywood do-gooders prone to gaffes?

According to Melissa Berman, president and CEO of Rockefeller Philanthropy Advisors, an organization which helps companies and wealthy donors plan and execute charitable endeavors, every philanthropic decision involves elements both of risk and of trust.

In places where underdevelopment may reduce organizations’ documentation or transparency “a donor needs to make a choice about how much risk they're willing to take in terms of getting involved because of concerns that may be lurking in the background,” she said, stipulating that she was not commenting on any specific case.

“Sometimes the moral hazard is too great. Other donors feel that it's worth taking the risk because of all the good they can do,” she said.

However in every relationship there will always be a degree of risk, she said. “At some level, you can’t know everything.”

But, according to Stephen Heder, a historian and former consultant at the U.N.-sponsored tribunal for the Khmer Rouge, Jolie either knew or should have known what she was getting into.

In Samlot, the former communists “have built on their power as insurgents in the 1980s and 1990s to enrich themselves while also becoming members of the ruling Cambodian People's Party, proclaiming their loyalty to Prime Minister Hun Sen, himself a one-time Khmer Rouge. All of this is common knowledge in Samlot and well-known throughout Cambodia,” Heder, now at the School of Oriental and African Studies in London, wrote in an email.

“While all the specifics may not have been known to Jolie, she must have known or should have known that doing business in Samlot meant working with former ranking Khmer Rouge who were necessarily involved in the regime's crimes against humanity and war crimes.”

Douglas Gillison writes about Cambodia and has covered the Khmer Rouge trials since 2006. His research is supported by the Investigative Fund of the Nation Institute. Phann Ana is an investigative reporter in Phnom Penh.