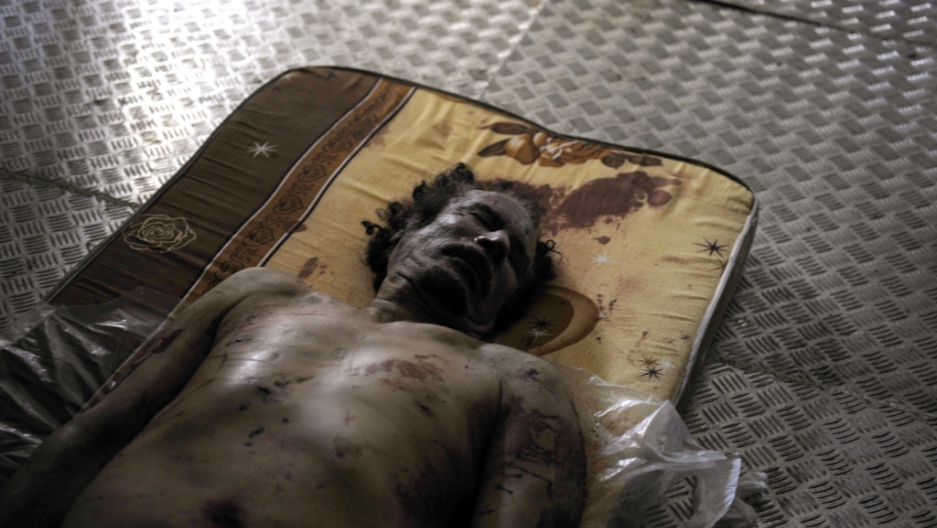 A National Transitional Council (NTC) official has told Reuters that the body of former Libyan dictator Col. Muammar Gaddafi will be buried Tuesday in a secret desert location.

"He will be buried tomorrow in a simple burial with sheikhs attending the burial. It will be an unknown location in the open desert," he told Reuters.

The burial of Gaddafi has been an issue of contention since the former leader was captured and killed Thursday by NTC fighters. According to Islamic law, he should have been buried within 24 hours. However, there was disagreement over the burial, with some wanting to ensure a proper autopsy could be done.

There has also been debate as to where Gaddafi should be buried. His loyalists have requested that he be buried in his hometown of Sirte, whereas officials wanted to prevent his grave becoming a loyalist shrine.

The bodies of Gaddafi and his son were on display in Misurata inside a refrigerated meat locker. The bodies were taken off display Monday, the Washington Post reported.

Meanwhile, Libya’s new government announced an investigation Monday into the killing of Gaddafi. The announcement came after the NTC faced international pressure to explain exactly how Gaddafi was killed.

Mustafa Abdel-Jalil, Libya’s new president from the NTC, said a committee has been set up to look into the deaths of Gaddafi and his son Mutassim in Sirte last week, the Guardian reports. So far live video has shown Gaddafi alive at the time he was captured.